Hi everyone, here is our Did You Know… posting for May 2018!

So you’ve enjoyed the first two seasons of the PBS series Victoria, which chronicles the early life and reign of Queen Victoria and her dashing Prince Consort, Prince Albert of Saxe-Coburg and Gotha.

But did you know…

The TV series is based upon a book, Victoria: A Novel, written by Daisy Goodwin?

Daisy Goodwin began doing research for the novel while she was a student at Cambridge University. Goodwin read Victoria’s personal diaries to gain a greater understanding of what life was like for the teenage Princess Victoria, who became queen just a month after her eighteenth birthday.

So the Goodwin book really is a bildungsroman!

And I love that word, bildungsroman!

Although the first time I read it, in a review of Harry Potter and the Deathly Hollows, I had to look it up in the dictionary!

But that is cool as learning is a wonderful thing!

The Concise Oxford English Dictionary defines bildungsroman as meaning “a novel dealing with a person’s formative years” , so the term does indeed apply to the story of the young Queen Victoria we see in seasons 1 & 2 of the PBS series.

And having now shown my library geekiness – I’ll get back to the subject at hand – the fact that the Goodwin novel Victoria, which admittedly is only her first book on Queen Victoria*, covers a relatively short period of Queen Victoria’s life beginning just as she becomes queen in 1837 and ending just before her marriage to Prince Albert in 1840. The TV series has already gone past that point in history. And the real life story of Queen Victoria went on for another 61 years! In fact, Queen Victoria held the record for the longest reigning monarch in British history for more than one hundred years until the record was broken by Queen Elizabeth in 2015.

That there are several book available that will allow you, like Daisy Goodwin, to read entries from Queen Victoria’s private diaries?

The library owns two of them — 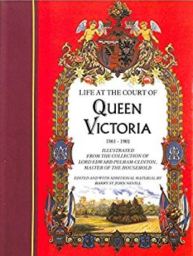 Dearest Mama: Private Correspondence of Queen Victoria and the Crown Princess of Prussia, 1861-64: 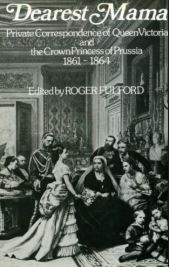 That the scientist Ada Lovelace, seen in Season 2, Episode 2 of the Victoria TV series, is considered to be the first computer programmer?

Disclaimer! I am not a math person! I’d rather write essays all day long then work on advanced math problems! So to properly illustrate Ada Lovelace’s importance, I’m going to quote from her New York Times obituary* the information that relays just why, today, she is considered the first computer programmer:

“A century before the dawn of the computer age, Ada Lovelace imagined the modern-day, general-purpose computer. It could be programmed to follow instructions, she wrote in 1843. It could not just calculate but also create, as it “weaves algebraic patterns just as the Jacquard loom weaves flowers and leaves.”

The computer she was writing about, the British inventor Charles Babbage’s Analytical Engine, was never built. But her writings about computing have earned Lovelace — who died of uterine cancer in 1852 at 36 — recognition as the first computer programmer.

The program she wrote for the Analytical Engine was to calculate the seventh Bernoulli number. (Bernoulli numbers, named after the Swiss mathematician Jacob Bernoulli, are used in many different areas of mathematics.) But her deeper influence was to see the potential of computing. The machines could go beyond calculating numbers, she said, to understand symbols and be used to create music or art.

“This insight would become the core concept of the digital age,” Walter Isaacson wrote in his book “The Innovators.” “Any piece of content, data or information — music, text, pictures, numbers, symbols, sounds, video — could be expressed in digital form and manipulated by machines.” (Claire Cain Miller, the New York Times, Online)

So you see, all of us who use technology, from casual cell phone users to tech geeks who eagerly await the next new and exciting personal technology news, should celebrate the work of Ada Lovelace, as without her work we might not have the technology we have today!

That author Walter Isaacson makes prominent mention of Ada Lovelace and her contributions to computer science in his book The Innovators: How a Group of Hackers, Geniuses, and Geeks Created the Digital Revolution?

Not surprisingly, considering how patriarchal an era the 19th Century was, female scientists and inventors of that era have largely been forgotten by those writing the history books. Walter Isaacson does his bit to set the record straight in his book by highlighting the important work done by female scientists.

And as a fun little aside, Isaacson was inspired to research the work done by female scientists and innovators and emphasize that work in his book by, of all things, his daughter’s school work! It seems when Isaacson’s daughter, Betsy, was in college she spent a long time procrastinating and putting off writing her obligatory college essay, much to the chagrin of her parents. And when she finally completed the two-page essay her father asked her what subject she had chosen to write about and she replied “Ada Lovelace”, and noted that historically, women who have made contributions to the sciences have been forgotten. And Betsy planted a seed that eventually inspired Isaacson to emphasize the work done by female scientists and inventors as a major thread in his book.

If you haven’t read the Isaacson book it is fascinating and it discusses a number of scientists and inventors including: Ada Lovelace, Admiral and Computer Scientist Grace Hopper, Vannevar Bush head of the U.S. Office of Scientific Research and Development during World War II, Robert Noyce of Intel, Bill Gates & Paul Alan of Microsoft, Steve Jobs & Steve Wozniak of Apple, Larry Page of Google, Jimmy Wales of Wikipedia and many others.

And should you wish to read Walter Isaacson’s excellent book on technological innovators – click on the photo to request it! 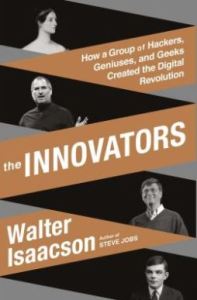 Getting back to the subject of Queen Victoria…

That Prince Albert really did break through the ice while skating and that Queen Victoria really did save him, as seen in the last episode of the second season of Victoria?

He did and she did!

We all know that TV adaptations of books, based on historical fact, are fictionalized a bit when adapted for television or the big screen. So I wondered when I saw that scene if it happened in real life or if it was just created to give more pizzazz to the storyline so I looked it up!

And I discovered that Prince Albert was an enthusiastic ice skater, and that in early 1841 Queen Victoria had a new pair of skates made especially for him. Subsequently, the royal couple went for a walk in Buckingham Palace’s Kensington Gardens with only one Maid of Honour, the Hon Miss Murray, in tow. Prince Albert put on his new skates and was zipping across the ice when he fell through the ice and into the frigid water. Queen Victoria directed Miss Murray to take one of her hands while she reached for Prince Albert with her other hand, and together they pulled Prince Albert out of the water!

And if I didn’t know that story was true I’d say it couldn’t possibly be – but it really did happen!

And here is a description of the accident given by Prince Albert himself in a letter he sent to his stepmother: “I managed, in skating, three days ago, to break through the ice in Buckingham Palace Gardens. I was making my way to Victoria, who was standing on the bank with one of her ladies, and when within some few yards of the bank I fell plump into the water, and had to swim for two or three minutes in order to get out.

“Victoria was the only person who had the presence of mind to lend me assistance, her lady being more occupied in screaming for help. The shock from the cold was extremely painful, and I cannot thank Heaven enough, that I escaped with nothing more than a severe cold.”

So the skating accident may sound like fiction but it is fact!

And for our final did you know of the month…

That Queen Victoria and Prince Albert had nine children?

And here is a list of Queen Victoria & Prince Albert’s children:

Victoria: A Novel by Daisy Goodwin

Victoria and Albert: A Royal Love Affair by Goodwin and Sarah Sheridan:

Note: This is the companion book to the second season of the Victoria TV series!

And yes, the series is about Queen Victoria’s son Bertie, known to history as King Edward VII. However, as Queen Victoria lived a long time and King Edward survived her by less than ten years — there is a quite a bit of Victoria seen in this dramatized series. 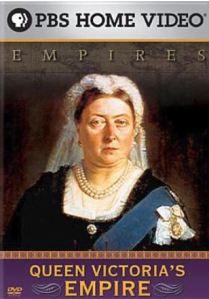 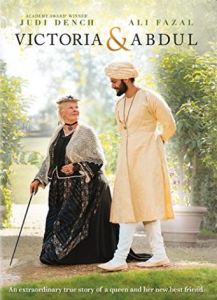 The Young Victoria (2008) (A stand alone movie not related to the current PBS TV series):

* Season 2 of the PBS series Victoria is based upon the book Victoria and Albert: A Royal Love Affair which was co-authored by Daisy Goodwin and Sarah Sheridan

*Overlooked: Ada Lovelace – Overlooked is a new obituary series the New York has created that highlights the lives of women whose contributions to society were previously overlooked due to their gender.

References (Because libraries love to cite their sources!)

Isaacson, Walter, The Innovators: How a Group of Hackers, Geniuses, and Geeks Created the Digital Revolution. New York. Simon & Schuster. 2014.

Life at the Court of Queen Victoria: 1861-1901. Edited by Barry St-John Nevill, Illustration from the collection of Lord Edward Pelham-Clinton, Master of the Household. Exeter. Webb & Bower, 1984.

OverDrive (The catalog of digital materials including eBooks, downloadable audio books and a handful of streaming videos):

And apps for OverDrive, Freegal & RB Digital can be found in your app store – so you can access digital library content on a laptop/desktop computer or on a mobile device.