Hi everyone, here are our recommended reads for the week.

The next Suggested Reading posting will be published on Tuesday, May 4, 2021.

After The One by Cass Lester 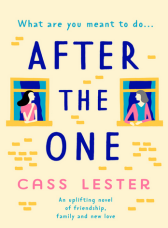 An Uplifting Novel of Friendship, Family and New Love

What happens… after The One?

April 16th is always one of Charley’s worst days of the year. It’s her husband’s birthday, a painful reminder of his death four-years ago. So naturally, her car breaks down. She nearly gets run over trying to catch the bus. And then, she’s made redundant.

Her friends see the redundancy as a chance for her to start again and live the life she always wanted, but since being widowed Charley has clung to familiarity and avoided change like the plague. Then, out of the blue, her mother-in-law Pam pitches up in need of a place to stay after walking out on her 40-year marriage. Together, Charley and Pam find themselves at a crossroad. It’s not easy to move on after The One, but they can’t stand still forever.

A gorgeously heartwarming and feel-good story for fans of Libby Page and Nicola Gill.

Apple (Skin to the Core) by Eric Gansworth 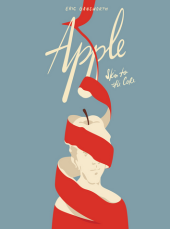 How about a book that makes you barge into your boss’s office to read a page of poetry from? That you dream of? That every movie, song, book, moment that follows continues to evoke in some way?

The term “Apple” is a slur in Native communities across the country. It’s for someone supposedly “red on the outside, white on the inside.”

Eric Gansworth is telling his story in Apple (Skin to the Core). The story of his family, of Onondaga among Tuscaroras, of Native folks everywhere. From the horrible legacy of the government boarding schools, to a boy watching his siblings leave and return and leave again, to a young man fighting to be an artist who balances multiple worlds.

Eric shatters that slur and reclaims it in verse and prose and imagery that truly lives up to the word heartbreaking.

The Nightjar by Deborah Hewitt

In Hewitt’s superb, darkly charming debut, Londoner Alice Wyndham receives a mysterious gift and discovers that she is an exceedingly rare aviarist who can see each person’s invisible nightjar, a bird that is a mirror of the soul that it guards. She can even hone the talent to perceive a person’s emotions and memories. A man named Crowley tells Alice she’s in danger, and an attempted kidnapping causes an accident that puts Alice’s best friend, Jen, in a coma. To save her, Alice must reunite Jen with her nightjar, which fled in confusion when Jen was injured. Crowley offers to help Alice control her magic and whisks her off to the Rookery, an alternate “sister-city” of London, but they’re threatened by the powerful Judicium, who want to destroy people like Alice, and the leader of a death cult. Hewitt makes it easy to picture the 1930s-infused Rookery, where magic comes as naturally as breathing, and readers will be fascinated by the story’s magic, largely based in Finnish lore. It’s a delight to explore the Rookery alongside Alice as she discovers her unusual powers and races to save her friend. The wildly imaginative Hewitt is a writer to watch. Starred Publishers Weekly Review

No Way Out by Fern Michaels 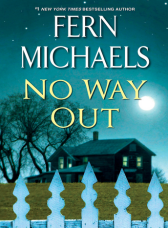 From #1 New York Times bestselling author Fern Michaels comes a brand-new novel that blends her rich, character-driven storytelling with a hint of suspense, as a reclusive young woman struggles to piece her life back together…

Ellie Bowman barely remembers the incident that put her into a coma. When she awoke, filled with unease, all she knew for certain was that her boyfriend, Rick, was missing. She knew she needed to get away from her old life and recover in safety. With the proceeds of a video game she helped develop, Ellie starts over in rural Missouri, working from her cottage and trusting no one except her friend and business partner.

Yet even in this quiet small town, it’s impossible to completely isolate herself. Especially when a curious eight-year-old boy, smitten with Ellie’s pup, stops by every day to talk to him over the fence. Little by little, Ellie is being drawn back into the world through the neighbors and community around her, realizing that everyone has their own fears and obstacles to contend with.

But when Ellie hears that Rick has resurfaced, her nightmares return, and with them, small snippets of memory. No one has heard from Rick since before the incident, so why is he back now? Ellie wants to move forward with her life, but first she must find the courage to look into her past, no matter what she finds there …
–

The Promise by Damon Galgut

A modern saga that could only have come from South Africa, written in gorgeous prose by author, Damon Galgut.

Haunted by an unmet promise, the Swart family loses touch after the death of their matriarch. Adrift, the lives of the three siblings move separately through the uncharted waters of South Africa; Anton, the golden boy who bitterly resents his life’s unfulfilled promises; Astrid, whose beauty is her power; and the youngest, Amor, whose life is shaped by a nebulous feeling of guilt.

Reunited by four funerals over three decades, the dwindling family reflects the atmosphere of its country, an atmosphere of resentment, renewal, and-ultimately-hope. The Promise is an epic drama that unfurls against the unrelenting march of national history, sure to please current fans and attract many new ones.

The Right Kind of Fool by Sarah Loudin Thomas

Haunted by his culpability for the deafness of his son, Loyal, Creed Raines knows he is better off alone in his mountainside cabin. His wife can understand the boy, and Creed would only make matters worse with his bullheadedness, much like his own father. When Loyal, 13, unexpectedly comes to Creed for help after discovering a corpse, Creed is quickly pulled back into the life he tried to abandon. As they search for answers to the mysterious death, Loyal begins teaching a hesitant Creed sign language so that they can better communicate with one another, thus revealing the power of mutual understanding and acceptance. Thomas (When Silence Sings, 2019) returns with an uplifting novel that strikes all the high points of redemptive love and coming-of-age within a historical murder mystery. Set in West Virginia during the Great Depression, this father-son tale affirms the challenges facing the Deaf community. Thomas brilliantly incorporates the use of sign language throughout the novel and infuses sparkling energy in her depiction of her characters’ growing understanding. She writes with compassion and honesty as she appraises the gifts of hearing and of being heard, and offers a fresh look at the nuances and the importance of emotional intelligence. Starred Booklist Review

The Stranger Diaries by Elly Griffiths

“This lively whodunit keeps you guessing until the end.” -People

Death lies between the lines when the events of a dark story start coming true in this haunting modern Gothic mystery, perfect for fans of Magpie Murders and The Lake House.

Clare Cassidy is no stranger to murder. A high school teacher specializing in the Gothic writer R. M. Holland, she even teaches a course on him. But when one of Clare’s colleagues is found dead, with a line from Holland’s iconic story “The Stranger” left by her body, Clare is horrified to see her life collide with her favorite literature.

The police suspect the killer is someone Clare knows. Unsure whom to trust, she turns to her diary, the only outlet for her suspicions and fears. Then one day she notices something odd. Writing that isn’t hers, left on the page of an old diary:
Hallo Clare. You don’t know me.

Clare becomes more certain than ever: “The Stranger” has come to terrifying life. But can the ending be rewritten in time?

Windhall: A Novel by Ava Barry

A stunning literary thriller in which an investigative journalist in modern Los Angeles attempts to solve the Golden Age murder of a Hollywood starlet. 1940s Hollywood was an era of decadence and director Theodore Langley was its king. Paired with Eleanor Hayes as his lead actress, Theo ruled the Golden Age of Hollywood. That ended when Eleanor’s mangled body was discovered in Theo’s rose garden and he was charged with her murder. The case was thrown out before it went to trial and Theo fled L.A., leaving his crawling estate, Windhall, to fall into ruin. He hasn’t been seen since. Decades later, investigative journalist Max Hailey, raised by his gran on stories of old Hollywood, is sure that if he could meet Theo, he could prove once and for all that the famed director killed his leading lady. When a copycat murder takes place near Windhall, the long reclusive Theo returns to L.A., and it seems Hailey finally has his chance.

When Hailey gets his hands on Theo’s long-missing journals, he reads about Eleanor’s stalkers and her role in Theo’s final film, The Last Train to Avalon, a film so controversial it was never released to the public. In the months leading up to her death, something had left her so terrified she stopped coming to work.

The more Hailey learns about Avalon, the more convinced he becomes that the film could tell him who killed Eleanor and why she had to die. But the implications of Avalon reach far beyond Eleanor’s murder, and Hailey must race to piece together the murders of the past and present before it’s too late.

*Information on the Three Catalogs*

The Digital Catalog, a catalog containing eBooks, downloadable audiobooks, Digital Magazines and a handful of streaming videos, has two companion apps, Libby & OverDrive. Libby is the app for newer devices and the OverDrive app should be used for older devices and Amazon tablets.

All card holders of all Southern Tier Library System member libraries can check out items from the Digital Catalog.

Have questions or want to request a book?