Hi everyone, here is our bi-weekly recommended listening posting for Friday, April 24, 2020. 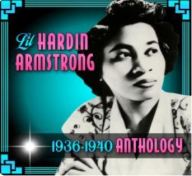 Lil Hardin was a terrific jazz pianist in an era when it was hard for female performers to be taken seriously. She met Louis Armstrong in 1922, when they both were members of King Oliver’s Creole Jazz Band. She subsequently married Armstrong and worked with him as his manager and co-composer and arranger. After the couple split up in the early 1930s, she formed a big band of her own and later worked as a solo musician in Chicago.

And she recorded some great music!

This 26-song set includes the following tunes!
Just For A Thrill
Doin’ The Suzie-Q
Let’s Get Happy Together
Oriental Swing
Harlem On Saturday Night
You Shall Reap What You Sow
Born To Swing
Safely Locked Up In My Heart
You Mean So Much To Me

This is a cheerful collection of boogie woogie tunes! 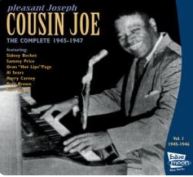 Cousin Joe was born in Louisiana in 1907, and moved with his family to New Orleans when he was 12 years old. While growing up in New Orleans he heard the great mix of blues, jazz and creole music that the city is known for, he learned to play the guitar and ukulele and began a music career. He was a flamboyant singer and one of the early jazz & blues pioneers to record music; so take a trip back to the Jazz Age and enjoy listening to this collection!

This album was actually released four years before the first Earth Day!

And the fiftieth Earth Day was this past Wednesday, April 22, so it seems like a good time to include an album that focuses on the beauty of the natural world, and promotes the idea that we should protect mother earth.

The album features 21 songs including The Power And The Glory, Pretty Saro, 70 Miles, The Faucets Are Dripping, God Bless The Grass, The Quiet Joys Of Brotherhood, Coal Creek March, The Girl I Left Behind, Coyote, My Little Brother, Preserven El Parque Elysian My Dirty Stream, America, the Beautiful & There’ll Come A Time

Song List:
The Great Unknown
Cryin’ Game
No Place That Far
I Thought I’d See Your Face Again
Fool, I’m a Woman
Time Won’t Tell
The Knot Comes Untied
Love, Don’t Be a Stranger
These Days
Cupid
There’s Only One

The Other Side of Desire (2015) by Rickie Lee Jones (Genre: Singer-Songwriter, Folk, Pop-Rock) 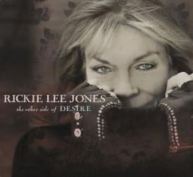 The Other Side of Desire features eleven bright, reflective songs by the inestimable singer songwriter; and her voices doesn’t seem to have changed a bit from the confident timbre it had on her first LP, 1979’s Rickie Lee Jones, released, unbelievable so – 41 years ago! 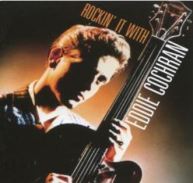 Rockin’ It With Eddie Cochran features songs the skillful and tragedy fated guitarist recorded between 1954-1960. Cochran was a cool, swaggering, confident musician who died in a plane crash while on tour in the U.K. in 1960, just as his career was taking off. But fortunately, he left us some great music!

Drummer and band leader Gene Krupa hired tqo great finds for his band in the early forties, trumpeter Roy Eldridge and singer Anita O’Day; and these two players made the swinging music even better!

The collection features 24-songs including Green Eyes, Let Me Off Uptown, After You’ve Gone, Rockin’ Chair, Stop! The Red Light’s On, Watch the Birdie, Skylark, The Walls Keep Talking & Why Fall In Love With A Stanger?

William Orville Frizzell was born in Texas in 1928, and acquired the nickname “Lefty” as a youth after winning a fight. He began singing professionally in his teens and became a successful, country singer and songwriter, with a honky tonk style, in the early fifties. Saginaw, Michigan is a terrific album Lefty made in 1964 – old style country music – enjoy!

Song List:
Saginaw, Michigan
Stranger
What Good Did You Get (Out of Breaking My Heart)
There’s No Food in This House
When It Rains the Blues
Hello to Him
James River
I’m Not the Man I’m Supposed To Be
Through the Eyes of a Fool
I Was Coming Home to You
Don’t Let Her See Me Cry
Lonely Heart 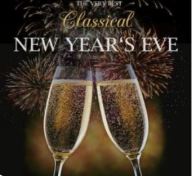 I know, I know, we are not even close to New Years Eve!

However, this is an uplifting forty song collection of light classical music that does include one the seasonal favorite – Auld Lang Syne, and also includes:

And we can imagine New Year’s Eve 2020, gathering with family and friends and good food, and the coming of a new, and most likely much better year arriving in 2021!

The Pearls by Lil Hardin

Stompin’ the Boogie by Hadda Brooks

Looking For My Baby by Cousin Joe

The Power and the Glory by Pete Seeger

The Great Unknown by Sara Evans

Feet on the Ground by Rickie Lee Jones

There’s No Food in This House by Lefty Frizell

Flower Duet from Lakme by Cerise

Pictures at an Exhibition by London Symphony Orchestra

10 Women in Jazz Who Never Got Their Due written by Giovanni Russonello, The New York Times, April 22, 2020
https://www.nytimes.com/2020/04/22/arts/music/women-jazz-musicians.html?referringSource=articleShare 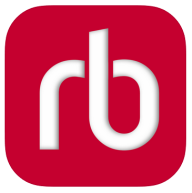