The Commitments (1991) (Format: Blu-ray but also available on regular DVD):

Dubliner Jimmy Rabbitte (Robert Arkins) decides to put together a traditional R&B band but find R&B musicians are a bit hard to find in Dublin. So Rabbitte holds auditions, hires a few players that can play R&B and finds two sensational R&B musicians a horn player named Joey “The Lips” Fagan (Johnny Murphy) and Deco Cuffe (Andrew Strong) a street car conductor who sings like he’s just walked out of 1960s Stax recording session. The band, dubbed The Commitments, begins playing to sold out clubs and Jimmy is determined to get the band recorded but that turns out to be harder than it sounds.

The movie is full of great upbeat R&B music and is great fun to watch! 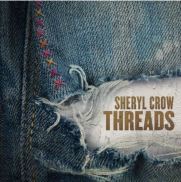 Back in 1992, while I was working at Sam Goody a rockin’ gal named Sheryl Crow released her first LP. It was titled Tuesday Night Music Club and it featured great roots rock music including the songs All I Want To Do, No One Said It Would Be Easy and Leaving Las Vegas. Twenty-six years later Sheryl has released her thirteenth album and it too features great roots rock music! Check it out!

Preachin’ The Blues offers insight into the life and music of the great blues guitarist and singer singer Son House (1902-1988). House was born Eddie James House Jr. in 1902 in Riverton, Mississippi and began playing the guitar as a youth. He developed a new style that contained uniquely repetitive guitar playing with his raw gospel tinged vocals. House recorded in the 1930s and 1940s and then disappeared from public view and spent the succeeding twenty years living in obscurity in Rochester, New York before being rediscovered in the 1960s. Today Son House is considered one of the best of the Delta Blues musicians of the early twentieth century – and this is his story.

The Maddox Brothers and Rose were a rockin’ country band that played rockabilly music before there was a name for it. The band featured six siblings, five brothers, Cliff, Cal, Fred, Don and Henry and their sister Rose. They called themselves “America’s Most Colorful Hillbilly band”, and their music was featured in the recent Ken Burns PBS series Country Music.

The group’s recording heyday was in the 1940s and 1950s and this collection features 96 songs from seven vintage albums on four discs. The albums are: A Collection of Standard Songs, I’ll Write Your Name In The Sand, One Rose, Glory Bound Train, A Big Bouquet Of Roses and Rose Maddox Sings.

The group’s most popular songs include I Wish I Was A Single Girl Again, No Help Wanted, You’ve Been Talking In Your Sleep and No One Is Sweeter Than You. If you haven’t heard the music of this great rockabilly band before – check it out!

Woodstock: Back To The Garden 50Th Anniversary Collection (2019) by Various Artists (Format: CD): 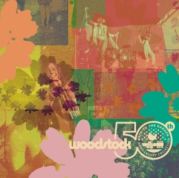 This is a newly issued 42 song collection of recordings made at the original Woodstock in 1969. The producer for this re-mixed collection, Andy Zax, noted that original tapes “are the sonic equivalent of heirloom tomatoes — slightly imperfect, but delicious;” and with that idea in mind the production team for this issue did the bare bones minimum of tweaking the music for this collection so that listeners might hear the music as it was heard fifty years ago.

This collection features the following songs:

Mustang Sally by The Commitments

Treat Her Right by The Commitments

Grinnin’ In Your Face by Son House

Mini-Concert: including the songs Death Letter Blues, John the Revelator, Preachin’ the Blues & I Wanna Live so God Can Use Me by Son House

Love Is Strange by The Maddox Brothers & Rose

Dark Star by The Grateful Dead

Cause’ I Love You by Rufus & Carla Thomas

Nobody’s Fault by Mine by Blind Willie Johnson

Treat Her Right by Roy Head

Woke Up This Morning by Lightin’ Hopkins