And as the 4th of July is next week this week our listening suggestions are all of a patriot bent! Happy 4th of July! 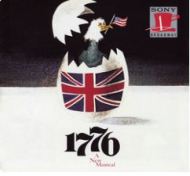 The original Broadway cast features William Daniels as John Adams and Virginia Vestoff as Abigail Adams. Songs in the set include Yours, Yours, Yours, Is Anybody There?, Molasses to Rum, The Lees of Old Virginia and The Egg.

Bill Bailey Won’t You Please Come Home, When The Saints Go Marching In, Down By The Riverside, Maple Leaf Rag, Camptown Races and Yellow Rose of Texas. 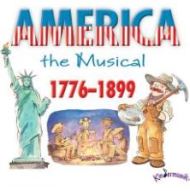 Songs include America the Beautiful, Yankee Doodle, Erie Canal, Oh! Susannah, Follow The Drinking Gourd and This Is Your Land. 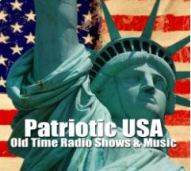 Songs Of The Civil War by Various Artists (Folk, Americana) 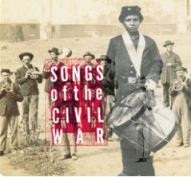 Songs on the LP include Ashokan Farewell by Jay Unger & Molly Mason, No More Auction Block by Sweet Honey In The Rock, Dixie Land by United States Military Academy, Aura Lee by John Hartford, Rebel Soldier by Waylon Jennings and Battle Hymn Of The Republic by Judy Collins. 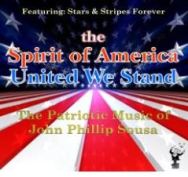 Songs on the album include Stars and Stripes Forever, Semper Fidelis, Hands Across the Sea, The Thunderer, Manhattan Beach March and High School Cadets. 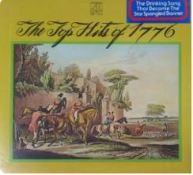 Songs include The Lamplighter, The Hare Hunt, The Banks Of The Dee, Lovely Nan, Drink To Me With Thine Eyes and Batchelor’s Hall.

Seventy-Six Trombones by the Boston Pops

Strike Up The Band by the Boston Pops

The United States of America by Stan Freberg

You Are There: Philadelphia 1776 (Part 2) by Radio Show Cast

SOUSA The Liberty Bell – “The President’s Own” U.S. Marine Band

SOUSA The Stars and Stripes Forever – “The President’s Own” U.S. Marine Band

The Lamplighter by John Townley