From The Various Artists Album: Before The Blues, Vol. 1 (1996; Yazoo Records)

From The Album: 20th Century Masters: Best of the Andrews Sisters (The Millennium Collection) (2000)

From The Album: Lady In Satin: The Centennial Edition (2015)

Underneath The Harlem Moon by Ethel Waters (Genre: Vocal, Jazz)

From The Movie: Rufus Jones for President (1933)

And as a bonus here is Rhiannon Giddens’s version:

Underneath The Harlem Moon by Rhiannon Giddens (Genre: Vocal)

To Whom It May Concern (2003) by Lisa Marie Presley 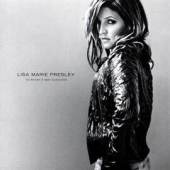 And from the album the song: