–
Get Up In The Mornin’ by Leadbelly (Blues, Folk-Blues)

From The Album: Midnight Special — The Library of Congress Recordings, V. 1 (1991)

From The Album: Blues From The Mississippi Delta: The Library of Congress Recordings (1963/2004)

I Be Bound To Write To You Muddy Waters (Genre: Blues)

From The Album: The Complete Plantation Recordings (1993)

This Little Light of Mine by Sister Rosetta Tharpe (Genre: Blues, R&B, Gospel)

Recorded live at the 1st Antibes Juan-les-Pins Jazz Festival in 1960. 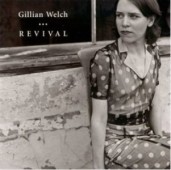 And from the album the song:

Pass You By by Gillian Welch