And here are the ten recommended songs of the week!

Recorded in concert in Melborne, Australia on February 1, 1982.

If you like what you hear, check out the studio album Mick Taylor recorded with John Mayall before he joined the Rolling Stones, John McVie plays on that album too! 1967’s Crusade.

Drawn To The Rhythm by Sarah McLachlan (Genre: Singer-Songwriter)

A Letter From The Open Sky by Richard Meyer (Genre: Folk)

The Long Way ‘Round by Jewel (Genre: Soul, Pop, Folk)

Look For Me Baby by The Kinks (Genre: Classic Rock)

Nice Work If You Can Get It by Ella Fitzgerald (Genre: Jazz, Vocal)

She Took Off My Romeos David Lindley (Genre: Guitar, Rock)

20 Years At The Village Vanguard by Mel Lewis And His Orchestra (Genre: Big Band, Jazz) 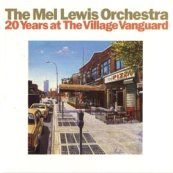