From The Album: Copland: Fanfare for the Common Man, Appalachian Spring & Symphony No. 3 (2012)

In Winter’s House by The United Strings of Europe with Julian Azkoul conducting (Genre: Classical)

I Think It Is Going To Rain Today by Nina Simone (Genre: Vocal, Jazz)

I Won’t Back Down by Tom Petty (Genre: Rock)

From The Album: Harvest Home: Music For All Seasons (1999)

Recorded live on February 28, 2022, before the performance of Verdi’s Don Carlos at the Met.

We Shall Overcome by Joan Baez (Genre: Folk)

From The Album: The Best of Joan Baez

What A Wonderful World by Louis Armstrong (Genre: Jazz) 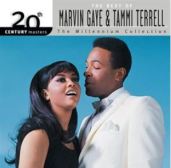