And I Love Her by The Beatles (Genre: Rock, Classic Rock)

Christmas Like by Straight No Chaser (Genre: Vocal, a cappella)

Dancing In The Dark by Cannonball Adderley (Genre: Jazz)

Down By The Riverside Medley by Pete Seeger (Genre: Folk)

From The Album: Christmas Number 1’s by Various Artists

Leave It At The Gate by Chris Jones & the Night Drivers (Genre: Bluegrass)

From The Album: Winter Wonderland: Christmas Favourites from the 30s and 40s (2009) 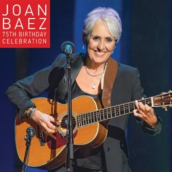