And here are the 10 recommended songs of the week; and a couple extra too, as I couldn’t count this week!

Between Midnight And Day was recorded live at London’s 100 Club in the summer of 1970. The great blues singer and guitarist Son House was discovered by main stream music fans during the blues/rock boom of the 1960s, and on this song his back up band is the blues-rock group Canned Heat, best known for their performance at the original Woodstock Festival in 1969.

Happy Together by The Turtles (Genre: Pop-Rock, Classic Rock)

Happy Together is one of the most upbeat rock songs ever recorded!

And of course, the song was recorded by the musically harmonious rock group, The Turtles, led by Howard Kaylan and Mark Volman.

Hard Times Killing Floor Blues is classic song by the great blues musician Skip James; this version was recorded live at the American Folk and Blues Festival in Cologne, Germany on October 9, 1967.

If It Makes You Happy by Sheryl Crow (Genre: Rock, Pop-Rock)

If It Makes You Happy is a modern rockin’ classic from a master of modern rock – Sheryl Crow!

I’m In The Mood is a great song written by John Lee Hooker and Bernard Besman; it is found on one of Hooker’s terrific sixties albums, I’m John Lee Hooker.

And if you’d like to dig deep – here is a version of the song that Hooker performs as a duet with Bonnie Raitt, it is found on his 1989 album The Healer.

I’m In The Mood by John Lee Hooker & Bonnie Raitt (Genre: Blues too!)

It Had To Be You by Dick Haymes and Helen Forrest (Genre: Vocal, Easy Listening, Big Band)

A duet of the classic song, It Had To Be You, by the vocalists Dick Haymes and Helen Forrest, who had a hit with their version of the perennial classic in the 1940s.

From The Album: Songs That Won The War by Various Artists (2016).

A great summer-time traveling song; perfect to play while you’re driving down the road with the windows down!

And of course, the song is sung by country legend Johnny Cash.

Joy To The World is a truly joyous rock song, penned by the terrific and under-rated singer-songwriter Hoyt Atxon. The song was a number one hit for Three Dog Night in 1970.

From The Album: Naturally (1970); and if you’re looking for an intro to the group’s music – check out The Complete Singles (2004) – it is available for instant checkout through Hoopla.

Love At The Five And Dime by Nanci Griffith (Genre: Singer-Songwriter, Folk, Country)

Love At The Five And Dime is an excellent example of the great storytelling songs written and performed by the crystal voiced singer-songwriter Nanci Griffith. Griffith, recorded more than twenty albums during her thirty odd year career; and one of her best albums, is the one this song appears on, The Last Of The True Believers.

Look Out Heart is a song from the brand-new album Cry Of The Heart by the great country singer Connie Smith.

A rather dreamy tune by Shannon & The Clams, a band that likes to play rock in a variety of historical rock genres.

What A What a Diff’rence a Day Makes  A Day Makes by Dinah Washington (Genre: Vocal, Jazz, Blues,  R&B)

An upbeat love song by the terrific vocalist Dinah Washington. 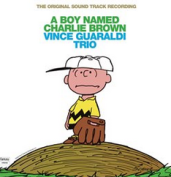 I’m probably showing my vintage, but if you grew up watching the Charlie Brown TV specials on TV, you too heard the great music that backed the action!

And from the album, the song:

Libby is the companion app to the Digital Catalog and may be found in the Apple & Google app stores.