For those who may not know, Bonnie Raitt had a terrific career even before her smash album Nick of Time was released in 1989. And  if you’d like to dive in-deep and list to her pre-1989 recordings – I suggest you dive in by selecting any/all of her first four albums from the early seventies: Bonnie Raitt (1971), Give It Up (1972), Takin’ My Time (1973) and the album this terrific cover comes from – Streetlights (1974).

Listeners’ Note: The Song Angel From Montgomery was written by John Prine. Raitts version of the song is found on her album Streetlights (1974); and if you’d like to checkout the original version – it if found on Prine’s first album John Prine (1971).

Recorded in 1979 this shows singers Johnny Ventura and Anthony Rios at the top of their game.

Caña Brava will have you tapping your feet or getting up to dance!

The great bluesy rock trio with one of their biggest hits. Z Z Top’s music is always enjoyable; however, this week I selected this song to honor the memory and music of Z Z Top bassist Dusty Hill who died earlier this week.

The great Chuck Berry with song that is simply perfect for summer!

And if you haven’t seen it yet, there is a neat documentary on Berry, part of the PBS series “In Their Own Words”, which features interview clips with Berry, his wife, their children and a number of musicians including Keith Richards, who was the musical director for Berry’s 60th Birthday documentary Hail, Hail Rock N’ Roll (1987) – it is cool!

From The Album: The Great Twenty-Eight (1982; Chess Record compilation)

And as a bonus, a super cool cover  of Havana Moon by Geoff & Maria Muldaur from their album Sweet Potatoes (1972).

A new release by Prince from his brand new album, recorded in 2010, and just released – Welcome 2 America.

If I Had A Hammer by Pete Seeger (Genre: Folk)

If I Had A Hammer was written by Pete Seeger and Lee Hayes in 1949; when they were both members of the Weavers, and released as a single by the group; the song was originally titled The Hammer Song.

This version was recorded live by Pete in the sixties; and as bonus, here are two more versions of the song, one by the Weavers and the other by Peter, Paul & Mary who had a top ten hit with their  version of the tune in 1962.

Recorded live at the Newport Folk Festival in 1964.

Studio version, from the album: Bringing It All Back Home (1965)

The blues-rock band, performing three songs, Blues With A Feeling, Look Over Yonders Wall and Born In Chicago, live at Newport in 1965.

From The various artists album: Blues With A Feeling (Newport Folk Festival Classics) (1993).

Studio versions of all three songs can be found on the band’s first album: The Butterfield Blues Band (1965).

This video-concert was recorded live in 2013 and features the songs: Working Woman Blues, Rain Dance & Somebody To Love. The song Working Women Blues is from June’s first album Pushing Against A Stone (2013); she has not recorded the other two songs for any of her albums (at least not yet!)

On a listeners’ FYI Note: June’s 2021 release The Moon And Stars: Prescriptions For Dreamers has been nominated for the Americana album of the year! 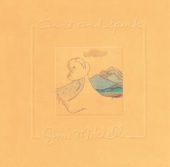 Admittedly, this album is my favorite Joni Mitchell album, and it is certainly among her best albums.

The songs are all terrific from the introspective Freeman In Paris to the lyrical title track, to great, upbeat wacky songs Twisted and Help Me which foreshadow her move in more jazzy direction in the years that followed the release of Court & Spark.

If you haven’t listened to Joni Mitchell’s music before, check out this album – it is top-notch from beginning to end!

And from the album, the song: