Our Suggested Listening postings focus on the music of the past, with a few new songs mixed in for good measure.

A terrific song by the premier folk-rock duo of the sixties!

A classic Delta blues song from the great Charley Patton, whom to my ears – doesn’t sound like anyone else – what a cool voice he had!

Patton is considered to be the Father of the Delta Blues.

Down The Dirt Road Blues can be found on the album The Complete Recordings: 1929-34.

Singer and guitarist Jason Isbell hails from Alabama and first came to the music world’s attention as a member of the band Drive-By Truckers. He went solo in 2007 and has honed his music writing skill since then – producing thoughtful songs that well chronicle they everyday lives of their musical characters.

All three of the songs in the Tiny Desk Concert set appear on Isbell’s album Reunions (2020).

A new release of mostly instrumentals recorded by Marvin Gaye back in the day. If you love music of the 1970s – this is a fun album to play while hanging out at home, relaxing or reading.

Journey Of The Sorcerer by the Eagles

A cool instrumental from one of the most popular bands of the seventies (and beyond!)

Saxophonist and multi-instrumentalist Charles Lloyd celebrated his 80th birthday in 2018, by playing a concert at the Libero in Santa Barbara, California; the resulting album, 8: Kindred Spirits Live at the Libero (2020), is top notch!

This video is from the film The Black Big Bands; and the song Let It Roll can be found on the collection Are You Ready To Rock – Singles 1942-1955 by Lucky Millinder.

This version of the song Too Much Heaven is from the new album Greenfield:s The Gibb Brothers’ Songbook (Vol. 1) (2021).

Yasmin Williams is a very talented young guitarist who hails from Woodbridge, Virginia.

Recommended Hoopla Album of the Week:

Carnival Town is from the second album by the talented pianist and singer Feels Like Home (2004). 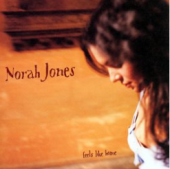 The album Feels Like Home is available for instant check out through the Hoopla Catalog.

Have a peaceful weekend, 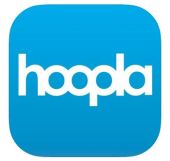