Radically personal and quintessentially American, an intimate drama at the heart of an apocalyptic vision … On a small farm beside a lake in Minnesota’s north woods an old man is waiting for the Rapture, which God has told him will happen in two weeks, on August 19, 1974. When word gets out, Last Days Ranch becomes ground zero for The End, drawing zealots, curiosity seekers, and reporters–among them the prophet’s son, a skeptical New York writer suddenly caught between his overbearing father and the news story of a lifetime. Into the mix comes Melanie Magnus, a glamorous actress who has old allegiances to both father and son. Meanwhile, Nixon’s resignation has transfixed the nation.

In this timeless, mythical tale of unforgiving justice and elusive grace, rural Mississippi townsfolk shoulder the pain of generations as something dangerous lurks in the enigmatic kudzu of the woods.

he town of Red Bluff, Mississippi, has seen better days, though those who’ve held on have little memory of when that was. Myer, the county’s aged, sardonic lawman, still thinks it can prove itself — when confronted by a strange family of drifters, the sheriff believes that the people of Red Bluff can be accepting, rational, even good.
The opposite is true: this is a landscape of fear and ghosts — of regret and violence — transformed by the kudzu vines that have enveloped the hills around it, swallowing homes, cars, rivers, and hiding a terrible secret deeper still.

Colburn, a junkyard sculptor who’s returned to Red Bluff, knows this pain all too well, though he too is willing to hope for more when he meets and falls in love with Celia, the local bar owner. The Deep South gives these noble, broken, and driven folks the gift of human connection while bestowing upon them the crippling weight of generations. With broken histories and vagabond hearts, the townsfolk wrestle with the evil in the woods — and the wickedness that lurks in each and every one of us.

A multigenerational story about two families living in the shadow of nuclear apocalypse. The year is 1959. Two young soldiers, Drummond and Carter, one working-class, the other privileged, form an intense and unlikely friendship at ‘Doomtown’, a training center that simulates the aftermath of an atomic strike. Years later, the men watch the events of the Cuban Missile Crisis unfold in horror. Carter, now a high-ranking British government official, offers Drummond a way to save himself and his family in the event of a nuclear strike. Their pact, kept secret, will have devastating consequences for the very lives they seek to protect. Spanning decades, from the 1950s to the present, this ambitious, original novel offers a nuanced and absorbing portrait of friendship and rivalry that explores class divisions and the psychological legacy of the nuclear age. 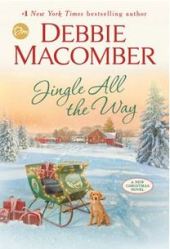 A young workaholic avoiding home for the holidays discovers that you can’t run away from who you are. Everly Lancaster always dreamed of leaving her hometown in rural Illinois. Now she helps run a burgeoning startup in Chicago, where her professional goals leave little time for friends … or a vacation. When a massive snowstorm hits, Everly’s mother urges her to come home for Christmas, but she hesitates to return to the life she’s worked so hard to escape. Searching for other holiday plans, Everly tasks her assistant with booking her a cruise – the perfect getaway. Embarking on a week long tour of the Amazon guided by charming naturalist Asher Adams, Everly slowly but surely begins to realize that relationships are more important than work – and just might decide to journey home just in time for Christmas Day.

1405: The daughter of a wealthy merchant, Anneke Sheldrake suddenly finds her family bankrupted when her father’s ship is swept away at sea. Forced to find a way to provide for herself and her siblings, Anneke rejects an offer of marriage from a despised cousin and instead turns to her late mother’s family business: brewing ale. Armed with her mother’s recipes, she then makes a bold deal with her father’s aristocratic employer, putting her home and family at risk. Thanks to her fierce determination, Anneke’s brew wins a following and begins to turn a profit. But her rise threatens some in her community and those closest to her are left to pay the price. As Anneke slowly pieces her life together again, she finds an unlikely ally in a London brothel owner. Determined not only to reclaim her livelihood and her family, Anneke vows not to let anyone stand in the way of her forging her own destiny 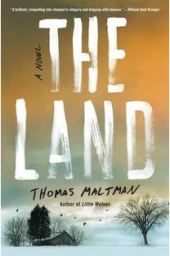 Recovering from a terrible auto accident just before the turn of the millennium, college dropout and hobbyist computer-game programmer Lucien Swenson becomes the caretaker of a house in northern Minnesota. Lucien sets out to find a missing woman he had been having an affair with, who vanished along with money stolen from the bank where they had worked together. His search will take him to Rose of Sharon, a white supremacist church deep in the wilderness, where a cabal of outcasts wait for the end of the world at a place they call The Land. Lucien is visited at the house by wolves and a mysterious guest, who may not be who she claims, as well as a vast flock of violent ravens out of an apocalyptic vision. At once a mystery and spiritual noir, [this book] explores the dark side of belief, the uniquely American obsession with end times and racial identity, and the sacrifices we make for those we love.

The Nightworkers is an electrifying debut crime novel from Brian Selfon about a Brooklyn family of money launderers thrown into chaos when a runner ends up dead and a bag of dirty money goes missing.

Shecky Keenan’s family is under fire–or at least it feels that way. Bank accounts have closed unexpectedly, a strange car has been parked near the house at odd hours, and Emil Scott, an enigmatic artist and the family’s new runner, is missing–along with the $250,000 of dirty money he was carrying.

Shecky lives in old Brooklyn with his niece Kerasha and nephew Henry, and while his deepest desire is to keep his little makeshift family safe, that doesn’t stop him from taking advantage of their talents. Shecky moves money for an array of unsavory clients, and Henry, volatile and violent but tenderhearted, is his bagman. Kerasha, the famed former child-thief of Bushwick, is still learning the family trade, but her quick mind and quicker fingers are already being put to use. They love one another, but trust is thin when secrets are the family trade. And someone will be coming for that missing money–soon.

Inspired by a career that has included corruption cases and wiretaps as an investigative analyst for New York law enforcement, Brian Selfon unspools a tale of crime and consequence through shifting perspectives across the streets, alleys, bodegas, and art studios of Brooklyn. The Nightworkers is an evocative blend of genres: a literary crime thriller with a mystery at the center of its big beating heart: What really happened to Emil Scott, and what can the future possibly hold for a family when crime is what keeps them together?

One Of Our Own by Jane Haddam (Available Formats: Print Books) 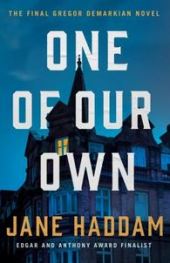 In Jane Haddam’s One of Our Own, Gregor Demarkian, former FBI agent and police consultant, returns for his final case-a surprising murder and an attempted murder, which threaten the safety of his Philadelphia neighborhood. A mysterious black van is spotted by several people at various times in the area around Cavanaugh Street, Philadelphia’s Armenian-American enclave. Presumed by some to be related to the increasing ICE raids around the area, the mystery deepens one night when a body falls out of the back of the van when speeding through the neighborhood. Marta Warkowski, a reclusive older woman, is found bound up in a garbage bag after it falls out of the van. In a coma, Warkowski is unable to tell police how she ended up as she did. When they go to search her apartment, the police find the dead body of her building’s super, a man with whom she has a history of conflict. How did she end up in garbage bag in the back of a mysterious van? How did he end up dead in her locked apartment? What does all of this have to do with the real estate holdings of infamous local developer, Cary Alder? Gregor Demarkian, former FBI agent and consultant, is ready to retire. He and his wife Bennis have agreed to foster a child, Javier, with a mysterious past and limited language skills. But he is pulled in once again, for a final case, to uncover the truth about the murder-and attempted murder-on Cavanaugh Street”

The Traveller: And Other Stories by Stuart Neville (Available Formats: Print Book) 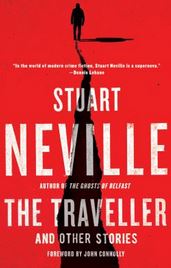 The book is divided into two parts: New Monsters, which contains seven chilling stand-alone tales that traverse and blend the genres of crime fiction, horror, and speculative fiction; and Old Friends, which contains five short pieces that reveal the origins or hidden backstories of Neville fan-favorite characters like Albert Ryan, Roberta Garrick, and of course Gerry Fegan. It also contains the long-awaited novella The Traveller, the companion piece to The Ghosts of Belfast and Collusion, which answers the question of what happened to Jack Lennon and his daughter, Ellen, after they fled Belfast seven years ago. The thirteen stories in this collection, which includes never-before-published pieces, span the decade since the publication of the now-classic The Ghosts of Belfast, and in his revelatory personal introduction Neville describes how each story fit into his career as a writer. Complete with a foreword from Irish crime fiction legend John Connolly, this volume is the perfect indulgence for fans of ghost stories and noir, and is a must-have for devotees of Neville’s prizewinning Belfast Cycle novels.

When We Were Young & Brave by Hazel Gaynor (Available Formats: Print Book)

China, December 1941. Elspeth Kent left England for a teaching post at a missionary school in northern China. Ten-year-old Nancy Plummer has always felt safe at Chefoo School, protected by her British status. When Japan declares war on Britain and America, Japanese forces take control of the school. Nancy and her friends face privation, uncertainty and fear. The children look to their teachers- to Miss Kent and her new Girl Guide patrol especially- to provide a sense of unity and safety. Sent to a distant internment camp, even greater uncertainty and danger await.

Plot descriptions are from the publisher unless otherwise specified.

The Digital Catalog has two companion apps, Libby & OverDrive. Libby is the app for newer devices and the OverDrive app should be used for older devices and Amazon tablets.

You can access one-copy-one-user digital library content, i.e. eBooks & downloadable audiobooks, on PCs, Macs and mobile devices via the Digital Catalog found at https://stls.overdrive.com/ or by using the companion apps Libby (for newer devices) and OverDrive (for older devices and Kindle tablets)