Since Halloween is this Saturday, and this is the perfect time of year to listen to spooky stories in front of the fire with a cup of hot chocolate in hand, even if the crackling fire place is a virtual one! So, our recommended “reads” for this week are all spooky downloadable audiobooks – most of which are new to the catalog having migrated from the RB Digital Catalog.

A collection of stories of the supernatural, of ghosts and “strange doings” by a master teller of tales. Includes these stories: An Occurrence at Owl Creek Bridge; The Damned Thing; A Watcher by the Dead; An Inhabitant of Carcosa; The Famous Gilson Bequest; The Eyes of the Panther; The Secret of Macarger’s Gulch; The Night-Doings at Deadman’s

The Body-Snatchers is a “crawler” in Stevenson’s words, a tale of an avenging ghost and two medical students assigned to procure a corpse for an anatomy class. Includes: The Isle of Voices and The Waif Woman

On the deck of his ice-imprisoned ship, explorer Robert Walton watches from a great distance as an enormous apparition travels with much haste across the frozen shore. The next day, Walton fishes from the sea a melancholy scientist named Frankenstein, who shares with Walton the horrifying account of his life and of the “hideous progeny” he set loose upon the world. Frankenstein was written while 19-year-old Mary Shelley vacationed in Geneva with poets Percy Bysshe Shelley and Lord Byron. An incessantly rainy summer prompted Byron to challenge the members of the party to write a tale of the supernatural. While listening to a discussion concerning the theory of electrical reanimation, Mary Shelley was struck, almost to terror, with the idea for Frankenstein: “The idea so possessed my mind that a thrill of fear ran through me, and I wished to exchange the ghastly image of my fancy for the realities around.” A universal classic, Mary Shelley’s romantic tale of an ambitious doctor who places himself in the dangerous role of God was first published anonymously in 1818. Master narrator George Guidall skillfully brings to life the doctor and his unhappy creation.

The House of the Seven Gables, a fixture in Hawthorne’s Salem, serves as the ancestral home of the fictional Pyncheon family—whose distinguished legacy is tainted by pious thievery. When country cousin Phoebe arrives at the house, she is like a cool breeze, refreshing a room that has been sealed for too long. The resulting mixture of dark and light imagery, illustrated by Hawthorne’s rich prose, makes this romance an important American classic. 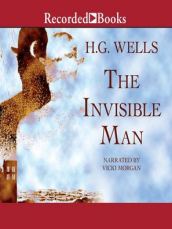 “I had not expected the suffering. A night of racking anguish, sickness and fainting. I became insensible and woke languid in the darkness. I shall never forget that dawn, and the strange horror of seeing that my hands had become as clouded glass, and watching them grow clearer and thinner as the day went by. My limbs became glassy, the bones and arteries faded, vanished, and the little white nerves went last. At last only the dead tips of the fingernails remained, pallid and white. I went and stared at nothing in my shaving glass. I had become an invisible man.” Vicki Morgan’ s entertaining narration of this science fiction classic is a great introduction to the fantastic world of H.G. Wells and the brilliant imagination, the psychological insight, and startlingly accurate scientific predictions that made him one of the most influential writers of his day. 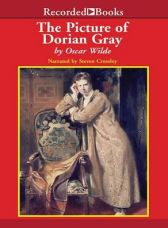 Moral fantasy novel by Oscar Wilde, published in an early form in Lippincott’s Magazine in 1890. The novel had six additional chapters when it appeared in book form in 1891. An archetypal tale of a young man who purchases eternal youth at the expense of his soul, the novel was a romantic exposition of Wilde’s aestheticism. Dorian Gray is a wealthy Englishman who gradually sinks into a life of dissipation and crime. Despite his unhealthy behavior, his physical appearance remains youthful and unmarked by dissolution. Instead, a portrait of himself catalogues every evil deed by turning his once handsome features into a hideous mask. When Gray destroys the painting, his face turns into a human replica of the portrait, and he dies.Gray’s final negation, “ugliness is the only reality,” neatly summarizes Wilde’s aestheticism, both his love of the beautiful and his fascination with the profane.

This selection includes two world-famous children’s tales by American author, Washington Irving, well known for his ability to bring humor to the silly vanities that characterize human nature. In the first story, Rip Van Winkle falls asleep only to wake up 20 years later, finding he has literally slept his life away. The Legend of Sleepy Hollow tells the tale of the gawky schoolmaster, Ichabod Crane, and his rival Brom Bones, who each woo pretty Katrina Van Tassel until a Headless Horseman makes his ghostly ride. Washington Irving was one of America’s earliest and most popular writers. Famous for his short stories, Irving was also a chronicler of the frontier, a folklorist and a noted political satirist and essayist. In The Sketch Book, of which these two selections are a part, Irving drew upon the myths and legends of local and European folklore. His original creations of characters like Ichabod Crane and Rip Van Winkle have become lasting contributions to our national literary heritage, as distinctly American as Natty Bumppo, Captain Ahab, and Huckleberry Finn. 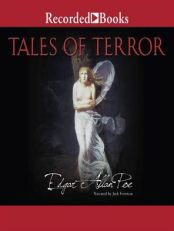 If you have never heard a tale by the Master of Terror, a treat awaits you. If you have, now you can listen with the lights out! With these stories: The Tell-Tale Heart; The Black Cat; The Cask of Amontillado; The Pit and the Pendulum; The Masque of the Red Death; The Facts in the Case of M. Valdemar; Hop Frog; The Fall of the House of Usher; and The Murders in the Rue Morgue 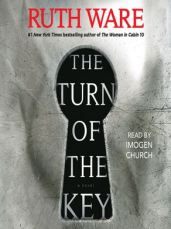 From the #1 New York Times bestselling author of The Lying Game and The Death of Mrs. Westaway comes this thrilling novel that explores the dark side of technology.

When she stumbles across the ad, she’s looking for something else completely. But it seems like too good an opportunity to miss—a live-in nannying post, with a staggeringly generous salary. And when Rowan Caine arrives at Heatherbrae House, she is smitten—by the luxurious “smart” home fitted out with all modern conveniences, by the beautiful Scottish Highlands, and by this picture-perfect family.

What she doesn’t know is that she’s stepping into a nightmare—one that will end with a child dead and herself in prison awaiting trial for murder.

Writing to her lawyer from prison, she struggles to explain the events that led to her incarceration. It wasn’t just the constant surveillance from the home’s cameras, or the malfunctioning technology that woke the household with booming music, or turned the lights off at the worst possible time. It wasn’t just the girls, who turned out to be a far cry from the immaculately behaved model children she met at her interview. It wasn’t even the way she was left alone for weeks at a time, with no adults around apart from the enigmatic handyman.

She knows she’s made mistakes. She admits that she lied to obtain the post, and that her behavior toward the children wasn’t always ideal. She’s not innocent, by any means. But, she maintains, she’s not guilty—at least not of murder—but somebody is.

Full of spellbinding menace and told in Ruth Ware’s signature suspenseful style, The Turn of the Key is an unputdownable thriller from the Agatha Christie of our time.

The Turn of the Screw is a fireside tale of evil and mystery. Filled with extraordinary drama, Henry James’ story has been widely popular ever since its publication in 1898. It also inspired a film, a play, and an opera. A governess has been hired to care for two orphaned young children in their uncle’s English country home. But soon after she meets the boy and his sister, the governess begins to see fearful apparitions. With growing alarm, she must wonder about the target of the ghostly presences. Are they haunting her, or the sweet, innocent children? Henry James gives no answers to this question. Instead, he leaves the listener to ponder the relationships between evil and horror, imagination and reality.

Hoopla Reading Recommendation of the Week

The Woman in the Mirror written by Rebecca James and read by Charlotte Newton-John & Katharine Mangold (Format: Downloadable Audiobook)

Rebecca James unveils a chilling modern gothic novel of a family consumed by the shadows and secrets of its past in The Woman in the Mirror.

For more than two centuries, Winterbourne Hall has stood atop a bluff overseeing the English countryside of Cornwall and the sea beyond.

In 1947, Londoner Alice Miller accepts a post as governess at Winterbourne, looking after Captain Jonathan de Grey’s twin children. Falling under the de Greys’ spell, Alice believes the family will heal her own past sorrows. But then the twins’ adoration becomes deceitful and taunting. Their father, ever distant, turns spiteful and cruel. The manor itself seems to lash out. Alice finds her surroundings subtly altered, her air slightly chilled. Something malicious resents her presence, something clouding her senses and threatening her very sanity.

In present day New York, art gallery curator Rachel Wright has learned she is a descendant of the de Greys and heir to Winterbourne. Adopted as an infant, she never knew her birth parents or her lineage. At long last, Rachel will find answers to questions about her identity that have haunted her entire life. But what she finds in Cornwall is a devastating tragic legacy that has afflicted generations of de Greys. A legacy borne from greed and deceit, twisted by madness, and suffused with unrequited love and unequivocal rage.

Note: You must have a Southeast Steuben County Library Card to check out Hoopla eBooks. 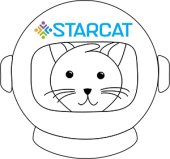