THINGS ARE ABOUT TO GET SERIOUS FOR HARRY DRESDEN, CHICAGO’S ONLY PROFESSIONAL WIZARD, in the next entry in the #1 New York Times bestselling Dresden Files.

Harry has faced terrible odds before. He has a long history of fighting enemies above his weight class. The Red Court of vampires. The fallen angels of the Order of the Blackened Denarius. The Outsiders.

But this time it’s different. A being more powerful and dangerous on an order of magnitude beyond what the world has seen in a millennium is coming. And she’s bringing an army. The Last Titan has declared war on the city of Chicago, and has come to subjugate humanity, obliterating any who stand in her way.

Harry’s mission is simple but impossible: Save the city by killing a Titan. And the attempt will change Harry’s life, Chicago, and the mortal world forever.

The King at the Edge of the World: A Novel by Arthur Phillips (Format: eBook) 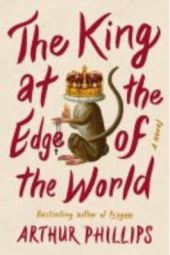 The year is 1601. Queen Elizabeth I is dying, childless. Her nervous kingdom has no heir. It is a capital crime even to think that Elizabeth will ever die. Potential successors secretly maneuver to be in position when the inevitable occurs. The leading candidate is King James VI of Scotland, but there is a problem.

The queen’s spymasters—hardened veterans of a long war on terror and religious extremism—fear that James is not what he appears. He has every reason to claim to be a Protestant, but if he secretly shares his family’s Catholicism, then forty years of religious war will have been for nothing, and a bloodbath will ensue. With time running out, London confronts a seemingly impossible question: What does James truly believe?

It falls to Geoffrey Belloc, a secret warrior from the hottest days of England’s religious battles, to devise a test to discover the true nature of King James’s soul. Belloc enlists Mahmoud Ezzedine, a Muslim physician left behind by the last diplomatic visit from the Ottoman Empire, as his undercover agent. The perfect man for the job, Ezzedine is the ultimate outsider, stranded on this cold, wet, and primitive island. He will do almost anything to return home to his wife and son.

Arthur Phillips returns with a unique and thrilling novel that will leave readers questioning the nature of truth at every turn. 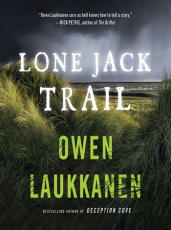 A veteran Marine and an ex-convict find themselves on opposite sides of the law in this propulsive new thriller from award-nominated suspense master and “powerhouse writer” Owen Laukkanen (Kirkus Reviews).

Could your closest friend be a killer?

When a body washes up outside Deception Cove, Washington, Jess Winslow-once a US Marine, now a trainee sheriff’s deputy-is assigned to investigate. But when she realizes it’s “Bad” Brock Boyd, a hometown celebrity lately fallen from grace, things become complicated. The last person seen with Boyd was her own boyfriend, Mason Burke.

An ex-convict and newcomer in town, Mason is one of the only people who can understand Jess’s haunting memories of her time in Afghanistan-and her love for Lucy, her devoted service dog. Finding one another in Deception Cove has been the best thing to happen to either of them in years. So Jess knows Mason could never be guilty of murder-doesn’t she?

As the facts of the case point ever more squarely at Mason, Jess must face that everything she thinks she knows about him might be wrong. A thrilling sequel to Deception Cove, and a heart-pounding adventure all its own, Lone Jack Trail pushes Jess and Mason to a shocking confrontation and will test everything they’ve come to love and trust in Deception Cove.

Mr. Nobody: A Novel by Catherine Steadman (Format: Downloadable Audiobook)

When a man is found on a British beach, drifting in and out of consciousness, with no identification and unable to speak, interest in him is sparked immediately. From the hospital staff who find themselves inexplicably drawn to him, to international medical experts who are baffled by him, to the national press who call him Mr. Nobody, everyone wants answers. Who is this man? And what happened to him?

Some memories are best forgotten.

Neuropsychiatrist Dr. Emma Lewis is asked to assess the patient in a small town deep in the English countryside. This is her field of expertise, this is the chance she’s been waiting for, and this case could make her name known across the world. But therein lies the danger. Emma left this same town fourteen years ago and has taken great pains to cover all traces of her past since then.

But now something—or someone—is calling her back. And the more time she spends with her patient, the more alarmed she becomes that he knows the one thing about her that nobody is supposed to know.

Nancy Wake: The gripping true story of the woman who became the Gestapo’s most wanted spy by Peter FitzSimons (Format: eBook)

In the early 1930s, Nancy Wake was a young woman enjoying a bohemian life in Paris. By the end of the Second World War, she was the Gestapo’s most wanted person.

As a naïve, young journalist, Nancy Wake witnessed a horrific scene of Nazi violence in a Viennese street. From that moment, she declared that she would do everything in her power to rid Europe of the Nazis. What began as a courier job here and there became a highly successful escape network for Allied soldiers, perfectly camouflaged by Nancy’s high-society life in Marseille.

Her network was soon so successful – and so notorious – that she was forced to flee France to escape the Gestapo, who had dubbed her “the white mouse” for her knack of slipping through its traps. But Nancy was a passionate enemy of the Nazis and refused to stay away. Supplying weapons and training members of a powerful underground fighting force, organising Allied parachute drops, cycling four hundred kilometres across a mountain range to find a new transmitting radio – nothing seemed too difficult in her fight against the Nazis. Peter FitzSimons reveals Nancy Wake’s compelling story, a tale of an ordinary woman doing extraordinary things.

For fans of A Woman of No Importance and Code Name: Lise comes the true story behind the historical fiction novels Code Name Helène and Liberation.

Bestselling author Diane Chamberlain delivers a breakout book about a small southern town fifty years ago, and the darkest—and most hopeful—places in the human heartAfter losing her parents, fifteen-year-old Ivy Hart is left to care for her grandmother, older sister and nephew as tenants on a small tobacco farm. As she struggles with her grandmother’s aging, her sister’s mental illness and her own epilepsy, she realizes they might need more than she can give. When Jane Forrester takes a position as Grace County’s newest social worker, she doesn’t realize just how much her help is needed. She quickly becomes emotionally invested in her clients’ lives, causing tension with her boss and her new husband. But as Jane is drawn in by the Hart women, she begins to discover the secrets of the small farm—secrets much darker than she would have guessed. Soon, she must decide whether to take drastic action to help them, or risk losing the battle against everything she believes is wrong. Set in rural Grace County, North Carolina in a time of state-mandated sterilizations and racial tension, Necessary Lies tells the story of these two young women, seemingly worlds apart, but both haunted by tragedy. Jane and Ivy are thrown together and must ask themselves: how can you know what you believe is right, when everyone is telling you it’s wrong? 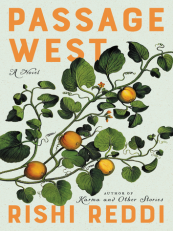 A sweeping, vibrant first novel following a family of Indian sharecroppers at the onset of World War I, revealing a little-known part of California history

1914: Ram Singh arrives in the Imperial Valley on the Mexican border, reluctantly accepting his friend Karak’s offer of work and partnership in a small cantaloupe farm. Ram is unmoored; fleeing violence in Oregon, he desperately longs to return to his wife and newborn son in Punjab—but he is duty bound to make his fortune first.

In the Valley, American settlement is still new and the rules are ever shifting. Alongside Karak; Jivan and his wife, Kishen; and Amarjeet, a U.S. soldier, Ram struggles to farm in the unforgiving desert. When he meets an alluring woman who has fought in Mexico’s revolution, he strives to stay true to his wife. The Valley is full of settlers hailing from other cities and different continents. The stakes are high and times are desperate—just one bad harvest or stolen crop could destabilize a family. And as anti- immigrant sentiment rises among white residents, the tensions of life in the west finally boil over.

In her ambitious debut novel, Rishi Reddi, award-winning author of Karma and Other Stories, explores an enduring question: Who is welcome in America? Richly imagined and beautifully rendered, Passage West offers a moving portrait of one man’s search for home.

The Sirens of Mars: Searching for Life on Another World by Sarah Stewart Johnson (Format: eBook) 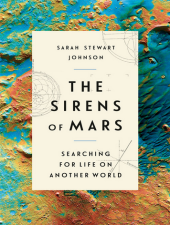 In this beautifully observed, deeply personal book, Georgetown scientist Sarah Stewart Johnson tells the story of how she and other researchers have scoured Mars for signs of life, transforming the planet from a distant point of light into a world of its own.

Johnson’s fascination with Mars began as a child in Kentucky, turning over rocks with her father and looking at planets in the night sky. She now conducts fieldwork in some of Earth’s most hostile environments, such as the Dry Valleys of Antarctica and the salt flats of Western Australia, developing methods for detecting life on other worlds. Here, with poetic precision, she interlaces her own personal journey—as a female scientist and a mother—with tales of other seekers, from Percival Lowell, who was convinced that a utopian society existed on Mars, to Audouin Dollfus, who tried to carry out astronomical observations from a stratospheric balloon. In the process, she shows how the story of Mars is also a story about Earth: This other world has been our mirror, our foil, a telltale reflection of our own anxieties and yearnings.

Empathetic and evocative, The Sirens of Mars offers an unlikely natural history of a place where no human has ever set foot, while providing a vivid portrait of our quest to defy our isolation in the cosmos.