Hi everyone, here are our recommended titles for the week, and while the library is closed the weekly recommendations will all be digital – eBooks & downloadable audiobooks available through the Digital Catalog.

Since so many people have spare time on their hands these days, this week I’m going to suggest ten titles that are the first book in a series – so you can dig in deep and immerse yourself in the worlds presented in these reads!

“A” is for Alibi (Kinsey Malone Series) by Sue Grafton (Format: eBook) 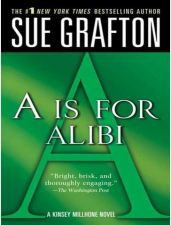 READ THE SENSATIONAL BLOCKBUSTER THAT STARTED IT ALL!

A IS FOR AVENGER
A tough-talking former cop, private investigator Kinsey Millhone has set up a modest detective agency in a quiet corner of Santa Teresa, California. A twice-divorced loner with few personal possessions and fewer personal attachments, she’s got a soft spot for underdogs and lost causes.

A IS FOR ACCUSED
That’s why she draws desperate clients like Nikki Fife. Eight years ago, she was convicted of killing her philandering husband. Now she’s out on parole and needs Kinsey’s help to find the real killer. But after all this time, clearing Nikki’s bad name won’t be easy.

A IS FOR ALIBI
If there’s one thing that makes Kinsey Millhone feel alive, it’s playing on the edge. When her investigation turns up a second corpse, more suspects, and a new reason to kill, Kinsey discovers that the edge is closer—and sharper—than she imagined.

The first of award-winning author Alyssa Cole’s highly-acclaimed Loyal League series! As the Civil War rages between the states, a courageous pair of spies plunge fearlessly into a maelstrom of ignorance, deceit, and danger, combining their unique skills to alter the course of history and break the chains of the past . . .

Elle Burns is a former slave with a passion for justice and an eidetic memory. Trading in her life of freedom in Massachusetts, she returns to the indignity of slavery in the South—to spy for the Union Army.

Malcolm McCall is a detective for Pinkerton’s Secret Service. Subterfuge is his calling, but he’s facing his deadliest mission yet—risking his life to infiltrate a Rebel enclave in Virginia.

Two undercover agents who share a common cause—and an undeniable attraction—Malcolm and Elle join forces when they discover a plot that could turn the tide of the war in the Confederacy’s favor. Caught in a tightening web of wartime intrigue, and fighting a fiery and forbidden love, Malcolm and Elle must make their boldest move to preserve the Union at any cost—even if it means losing each other . .

If J. J. Abrams, Margaret Atwood, and Alan Weisman collaborated on a series, it might be this awesome.

This collection includes all three novels in the epic Southern Reach trilogy—Annihilation, Authority, and Acceptance. Praised for its evocative prose, chilling psychological twists, and intriguing story arc, this series has amassed high critical and popular acclaim, with book one landing on the New York Times bestsellers list.

Dive into the mysteries of Area X, a remote and lush terrain that has inexplicably sequestered itself from civilization. Twelve expeditions have gone in, and not a single member of any of them has remained unchanged by the experience—for better or worse.

At the end of the world, a woman must hide her secret power and find her kidnapped daughter in this “intricate and extraordinary” Hugo Award winning novel of power, oppression, and revolution. (The New York Times)

This is the way the world ends…for the last time.

It starts with the great red rift across the heart of the world’s sole continent, spewing ash that blots out the sun. It starts with death, with a murdered son and a missing daughter. It starts with betrayal, and long dormant wounds rising up to fester.

This is the Stillness, a land long familiar with catastrophe, where the power of the earth is wielded as a weapon. And where there is no mercy.

The Girl with the Dragon Tattoo (Millennium Trilogy) by Stieg Larsson (Format: eBook) 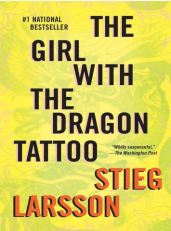 Harriet Vanger, a scion of one of Sweden’s wealthiest families disappeared over forty years ago. All these years later, her aged uncle continues to seek the truth. He hires Mikael Blomkvist, a crusading journalist recently trapped by a libel conviction, to investigate. He is aided by the pierced and tattooed punk prodigy Lisbeth Salander. Together they tap into a vein of unfathomable iniquity and astonishing corruption.

The debut novel of an astonishing voice in psychological suspense

As dusk approaches a small Dublin suburb in the summer of 1984, mothers begin to call their children home. But on this warm evening, three children do not return from the dark and silent woods. When the police arrive, they find only one of the children gripping a tree trunk in terror, wearing blood-filled sneakers, and unable to recall a single detail of the previous hours.

Twenty years later, the found boy, Rob Ryan, is a detective on the Dublin Murder Squad and keeps his past a secret. But when a twelve-year-old girl is found murdered in the same woods, he and Detective Cassie Maddox—his partner and closest friend—find themselves investigating a case chillingly similar to the previous unsolved mystery. Now, with only snippets of long-buried memories to guide him, Ryan has the chance to uncover both the mystery of the case before him and that of his own shadowy past.

Richly atmospheric, stunning in its complexity, and utterly convincing and surprising to the end, In the Woods is sure to enthrall fans of Mystic River and The Lovely Bones. 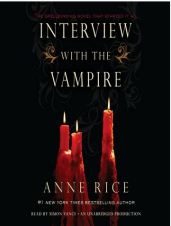 The time is now.

We are in a small room with the vampire, face to face, as he speaks—as he pours out the hypnotic, shocking, moving, and erotically charged confessions of his first two hundred years as one of the living dead. . .

He speaks quietly, plainly, even gently . . . carrying us back to the night when he departed human existence as heir—young, romantic, cultivated—to a great Louisiana plantation, and was inducted by the radiant and sinister Lestat into the other, the “endless,” life . . . learning first to sustain himself on the blood of cocks and rats caught in the raffish streets of New Orleans, then on the blood of human beings . . . to the years when, moving away from his final human ties under the tutelage of the hated yet necessary Lestat, he gradually embraces the habits, hungers, feelings of vampirism: the detachment, the hardened will, the “superior” sensual pleasures and much, much more…

If you’re anything like me, you may have read part of the lengthy Lord of the Rings trilogy, and thoroughly enjoyed the movies filmed in New Zealand but never quite gotten back to reading the entire trilogy. I started reading The Fellowship of the Ring in high school but found it challenging to keep track of the characters as most of them had names I’d never heard before. Many years later, and brushing up on how to say, and thus remember those names, thanks to the movies – it just might be time to take another crack at the books – what say you?! — LR

And here’s a description of this all-in-one volume from the publisher: A PBS Great American Read Top 100 Pick

In ancient times the Rings of Power were crafted by the Elven-smiths, and Sauron, the Dark Lord, forged the One Ring, filling it with his own power so that he could rule all others. But the One Ring was taken from him, and though he sought it throughout Middle-earth, it remained lost to him. After many ages it fell by chance into the hands of the hobbit Bilbo Baggins.

From Sauron’s fastness in the Dark Tower of Mordor, his power spread far and wide. Sauron gathered all the Great Rings to him, but always he searched for the One Ring that would complete his dominion.

When Bilbo reached his eleventy-first birthday he disappeared, bequeathing to his young cousin Frodo the Ruling Ring and a perilous quest: to journey across Middle-earth, deep into the shadow of the Dark Lord, and destroy the Ring by casting it into the Cracks of Doom.

The Lord of the Rings tells of the great quest undertaken by Frodo and the Fellowship of the Ring: Gandalf the Wizard; the hobbits Merry, Pippin, and Sam; Gimli the Dwarf; Legolas the Elf; Boromir of Gondor; and a tall, mysterious stranger called Strider.

One For The Money is the first book in Janet Evanovich’s Stephanie Plum series and it introduces the witty protagonist! And every time I read this title One For The Money, I hear Carl Perkins  in the jukebox in my mind “Well, it’s one for the money, two for the show, three to get ready and go, cat go! But don’t you…step  on my blue suede shoes!”

And here a description of the plot from the publisher: Meet Stephanie Plum, a bounty hunter with attitude. In Stephanie’s opinion, toxic waste, rabid drivers, armed schizophrenics, and August heat, humidity, and hydrocarbons are all part of the great adventure of living in Jersey.

She’s a product of the “burg,” a blue-collar pocket of Trenton where houses are attached and narrow, cars are American, windows are clean, and (God forbid you should be late) dinner is served at six.

Out of work and out of money, Stephanie blackmails her bail-bondsman cousin Vinnie into giving her a try as an apprehension agent. Stephanie knows zilch about the job requirements, but she figures her new pal, el-primo bounty hunter Ranger, can teach her what it takes to catch a crook. Her first assignment: nail Joe Morelli, a former vice cop on the run from a charge of murder one. Morelli’s the inamorato who charmed Stephanie out of her virginity at age sixteen. There’s still powerful chemistry between them, so the chase should be interesting…and could also be extremely dangerous.

USA Today bestselling author Sherry Thomas turns the story of the renowned Sherlock Holmes upside down in the first novel in this Victorian mystery series….

With her inquisitive mind, Charlotte Holmes has never felt comfortable with the demureness expected of the fairer sex in upper class society. But even she never thought that she would become a social pariah, an outcast fending for herself on the mean streets of London.

When the city is struck by a trio of unexpected deaths and suspicion falls on her sister and her father, Charlotte is desperate to find the true culprits and clear the family name. She’ll have help from friends new and old—a kind-hearted widow, a police inspector, and a man who has long loved her.

But in the end, it will be up to Charlotte, under the assumed name Sherlock Holmes, to challenge society’s expectations and match wits against an unseen mastermind.

And as a bonus, here is Carl Perkins, from a 1956 Perry Como Show appearance, playing his classic tune – Blue Suede Shoes!

Be well and happy reading!

Note: Book summaries are from the publisher unless otherwise specified.