Hi everyone, here is our bi-weekly recommended listening posting for Friday, April 17, 2020.

Between The Lines (1975) by Janis Ian (Genre: Singer-Songwriter, Pop)

Between The Lines is a classic, and critically acclaimed, album by singer-songwriter Janis Ian. Ian’s thoughtful reflective songs shine on this LP, which include her biggest hit At Seventeen.

Song List:
When the Party’s Over
At Seventeen
From Me to You
Bright Lights and Promises
In the Winter
Watercolors
Between the Lines
The Come On
Light a Light
Tea and Sympathy
Lover’s Lullabye 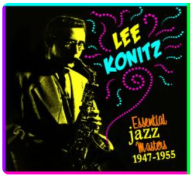 Songs include These Foolish Things, Bernie’s Tune, Subconscious Lee, Almost Like Being in Love, Indian Summer, Ice Cream Konitz, Ezz-Thetic, You Go To My Head and Sax Of A Kind.

This first volume, in a five-volume set, features a solid introduction to swing master Charlie Barnet’s music. The music is, well, swinging! All five volumes in this series are available through Freegal, so if you listen to the LP and love the music – there is more in the catalog!

From Cowboy to Country by Jimmy Wakely 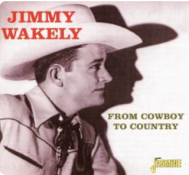 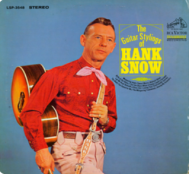 Song List:
The Waltz You Saved for Me
Lay My Head Beneath a Rose
Among My Souvenirs
Whispering Hope
Lanai’s Farewell
The Whispering Tradewinds
Wabash Blues
Sentimental Journey
Am I Losing You
I Get the Blues When It Rains
Sweet Marie
Birth of the Blues

Merriam Webster describes jug band music as music that features primitive & homemade instruments. This collection is strangely classified as jazz music! Jug band music can, of course, be played by jazz, blues, country and folk players; however, it is really best described as Americana – this collection sound more folk-country/Americana based than strictly jazz or blues – give it a listen and see what you think!

This album features music from the 1968 Broadway musical George M!, that focused on the life and music of the great Broadway and film songwriter George M. Cohen. This album features a refreshing slice of old time, patriotic Americana performed by the cheerful Living Voices.

Song List:
You’re a Grand Old Flag, Mary’s a Grand Old Name/So Long Mary
My Town
Rose (A Ring to Name of Rose)
Give My Regards to Broadway
(I’m A) Yankee Doodle Dandy
Harrigan
Popularity
Nellie Kelly, I Love You
All Our Friends

Hugh Cornwell is best known as the former lead vocalist of the punk band the Stranglers. He kicked off a solo career in 1979, and left the Stranglers in 1990. Monster is his latest release from 2018. His music is classified as indie, but to me it sounds like energetic modern traditional rock, of the sort you hear on Richard Taylor’s Roots Rock Radio podcast.

This is a terrific 77 song collection of music from the early rock era including the songs/artists: Rock This Morning by Lowell Fulson, She Sets My Soul on Fire by Gladys Hampton’s Blues Boys, The Groove by Ike Turner, Take It Away by Jimmy Tyler & His Orchestra, My Girl Ivy by Jimmy Witherspoon, Rock ‘ Roll Deacon by Screamin’ Joe Neal, Shotgun Rider by Bo Diddley and Mumbles Blues by Bobby Lewis 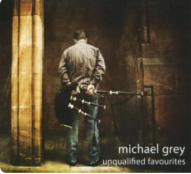 At Seventeen by Janis Ian

Between the Lines by Janis Ian

These Foolish Things by Lee Konitz

Moon Over Montana by Jimmy Wakely

Slipping Around by Jimmy Wakely and Margaret Whiting

The Waltz You Saved for Me by Hank Snow

The Whispering Tradewinds by Hank Snow

Let Me Down Easy by Hugh Cornwell

The Chase by Paul Preston

Don’t You Just Know It by the Titans

Lee Konitz, Jazz Saxophonist Who Blazed His Own Trail, Dies at 92, https://www.nytimes.com/2020/04/16/arts/music/lee-konitz-dead-coronavirus.html