Hi everyone, here is our bi-weekly recommended listening posting for Friday, April 10, 2020. 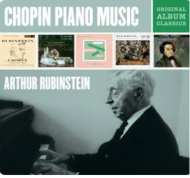 A collection of the Chopin albums the great pianist Arthur Rubinstein recorded in the late fifties and early sixties.

In the late fifties and early sixties, The Kingston Trio, consisting of Dave Guard, Nick Reynolds, and Bob Shane, was the most successful folk group in the world. Their singing was bright and their music up-tempo, making this a solid collection of songs to listen to while waiting out the Coronavirus storm.

Song List:
The Lion Sleeps Tonight
When the Saints Go Marching In
Early Morning Rain
Hard, Ain’t It Hard
Shape of Things to Come
One Too Many Mornings
Baby You’ve Been on My Mind
Greenback Dollar
Tijuana Jail
Hard Travelin’
This Train
Goodnight Irene
Where Have All the Flowers Gone
I’m Going Home
Tom Dooley
Get Away John
Scotch and Soda
Colours
Tomorrow is a Long Time
The M.T.A.

Bonnie, June & Anita Pointer were raised in Oakland, California. The sisters grew up singing Gospel in church, became professional singers, singing back up vocals for a number of prominent musicians in the seventies, including Grace Slick and Boz Scaggs; and then broke through to a larger audience in the eighties with their aptly titled smash-hit album Breakout. The sisters charted with four consecutive singles from the LP, Jump, Automatic, Neutron Dance & I’m So Excited.

This is a fun & energetic collection of music! 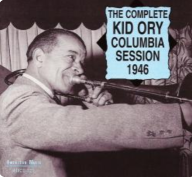 Trombonist Kid Ory hailed from New Orleans, and was an original member of Louis Armstrong’s Hot Five and Hot Sevens band before striking out on his own. He is considered a jazz pioneer for his “tailgate” playing style. And he performed from the 1920s through 1966 when, at age 73, he retired to Hawaii.

Songs include
Osage Stomp
San Antonio Rose
I Ain’t Got Nobody
Who Walks in When I Walk Out?
Red Hot Gal of Mine
Oozlin’ Daddy Blues
Ida Red
Liza Pull Down the Shades

Freddie Keppard began playing coronet professionally in 1906. He was a talented and popular musician in his day, and has since been referred to as one of the “Kings of Coronet” along with fellow cornetists of the era Buddy Bolden and King Oliver.

This 24-song set features the horn-based style of music that was popular during the World War I and the Downton Abbey era.

Songs in the collection include:
Cutie Blues
Scissor Grinder Joe
Lonely Little Wall Flower
Moanfull Man
The Memphis Maybe Man
The One I Love
Messin’ Around
Love Found You For Me

The Missing Years is John Prine’s 10th Album, and was his first new album after a five year break.

The album is widely considered an excellent example of Prine’s humorous, storytelling style of songwriting.

Song List
Picture Show
All the Best
The Sins of Memphisto
Everybody Wants to Feel Like You
It’s a Big Old Goofy World
I Want to Be with You Always
Daddy’s Little Pumpkin
Take a Look at My Heart
Great Rain
Way Back Then
Unloney
You Got Gold
Everything Is Cool
Jesus, the Missing Years
The Third of July 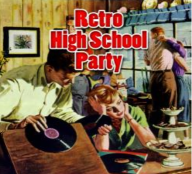 To thoroughly enjoy this collection of high school party music, you might imagine you’ve taken a time machine and arrived at the local dinner circa the late 1950s. The dinner features black and white floor tiles and bright red vinyl booths; and as you sit down you hear up-tempo music coming from the brightly colored jukebox in the corner – a terrific mix of early rock, swing, country and pop with tinges of jazz – terrific music! So, you order your food and enjoy hanging out with your friends and listening to the music while waiting for your burger, fries and soda – with an ice cream sundae for desert – yum!

Of course, you can substitute frozen pizza and a glass of wine if that is what you have at home – the music is still fun and upbeat! (And maybe we should all re-watch American Graffiti, Blackboard Jungle, Eddie & The Cruisers, Grease, Pleasantville or Dazed and Confused – whatever Netflix has!)

This is a 53-song collection, so I’m not going to list all the songs here – just a selection.

A mid-career rockabilly collection by the great Johnny Cash.

A classic album by singer Rosemary Clooney with Nelson Riddle and his orchestra.

Song List:
Get Me to the Church on Time
Angry
I Get Along Without You Very Well
How Am I to Know?
You Took Advantage of Me
April In Paris
I Ain’t Got Nobody
Some Of These Days
By Myself
Shine On Harvest Moon
Cabin In The Sky
Limehouse Blues
Without Love
Theme From Return To Peyton Place

The M.T.A. by The Kingston Trio

I’m So Excited by The Pointer Sisters

Neutron Dance by The Pointer Sisters

Stay A Little Longer by Bob Wills and His Texas Playboys

Everything is Cool by John Prine

Twentieth Century Is Almost Over by Johnny Cash

I Get Along Without You Very Well by Rosemary Clooney 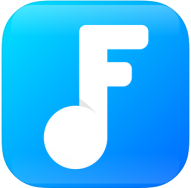