Hi everyone, here is our bi-weekly recommended listening posting for Friday, April 3, 2020

If you have questions about how to use the Freegal Music Service, please let me know! You can contact me by leaving a message on the blog. Or, you can send an email to the following address reimerl@stls.org and I’ll get back to you!

1. Freegal is now offering unlimited streaming, up from the old three hours per day – so you can listen to all the recommended albums whenever you want to and for as long as you want!

The Battle of the Bands (Deluxe Version) (1968) by The Turtles (Genre: Classic Rock) 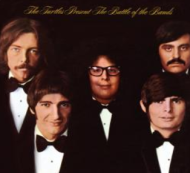 This is an excellent album that shows off the Turtles comedic side!

Song List:
The Opening: The Battle of the Bands
The Last Thing I Remember
Elenore
Too Much Heartsick Feeling
Oh Daddy!
Buzz Saw
Surfer Dan
I’m Chief Kamanawanalea (We’re the Royal Macadamia Nuts)
You Showed Me
Food
Chicken Little Was Right
The Closing: Earth Anthem (All)
She’s My Girl
Chicken Little Was Right
Sound Asleep
Umbassa the Dragon
The Story of Rock and Roll
Can’t You Hear the Cows
The Last Thing I Remember (The First Thing I Knew)
The Owl
To See the Sun
Earth Anthem
Battle of the Bands Radio Spot 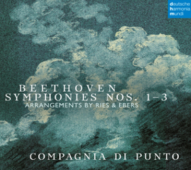 Compagnia di Punto is a small orchestral ensemble from Germany that is known for performing early classical music.

And here’s a description of this brand-new album from the High Resolution Audio site:
Beethoven’s first three symphonies are among his most important and well-known orchestral compositions. On this album, however, instead of a large orchestra, only ten musicians play these repertoire classics: the Rhenish original sound orchestra Compagnia di Punto plays Beethoven’s symphonies Nos. 1, 2 and 3 in arrangements for Chamber orchestra The arrangements come from the pen of two Beethoven contemporaries, Beethoven student Ferdinand Ries (1784-1838) and composer and conductor Carl Friedrich Ebers (1770-1836).

Such contemporary arrangements of large orchestral works made it possible to play and publicize Beethoven’s music even in smaller salons. In 1809, Ebers arranged the 1st Symphony for two violins, two violas, bass and two clarinets and horns. And Ries arranged symphonies Nos. 2 and 3 for double-staffed violins and violas as well as for flute and horns around 1807.

These chamber music versions not only shed a more intimate light on the three symphonies, but also guarantee completely new timbres and sound dialogues between the individual instruments. A valuable discovery for the Beethoven year 2020. 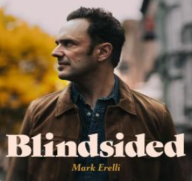 Mark Erelli is an introspective Massachusetts based singer-songwriter, whose music reminds me a bit of Tom Petty’s work. On this LP Erelli is reflecting on life as it is now, from a vantage point of someone who has been around the block a few times and reached a certain age. And those of us who’ve also been around the block several times can well relate to the music on this LP! 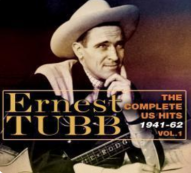 This collection of country great Tubb’s early works features 47 songs released from the forties through the early sixties and includes a solid slice of his best work.

The collection includes the following songs:

Walking the Floor Over you
It’s Been So Long Darling
I Love You Because
I’m Biting My Fingernails Over You
Warm Red Wine
Rainbow at Midnight
Filipino Baby
I’ll Take A Back Seat for You
Seaman’s Blues
Have You Ever Been Lonely?
Till the End of the World
Driftwood on the River

In Scandinavia, Vol. 1 by Louis Armstrong 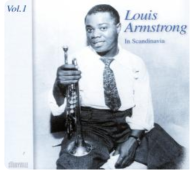 This live collection features songs played by Armstrong and his band while on tour in Scandinavia in 1933, 1949 and 1952. The music is great; but those who desire a pristine sounding, should keep in mind the basic sound recording technology of the time.

Song List:
I Cover the Waterfront
Dinah
Tiger Rag
Chinatown, My Chinatown
You Rascal You
On the Sunny Side of the Street
Twelfth Street Rag
Steak Face
When It’s Sleepy Time Down South
Indiana
A Kiss to Build a Dream On
Way Down Yonder in New Orleans
Coquette
Lover Come Back to Me
Can Anyone Explain
After You’ve Gone
Russian Lullaby
Bugle Blues / Ole Mis 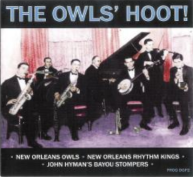 The New Orleans Owls, a traditional jazz dance band, known for being the house band at the Roosevelt Hotel in New Orleans in the 1920s

At various times, the band included Bill Pardon, Benjie White, Lester Smith, Mose Farrar, Rene Gelpi, Dan LeBlanc, Earl Crumb, Frank Netto, Pinky Vidacovith, Sigfre Christensen, Nappy Lamare and Ed Miller. And of the group, only Lamare, who went on to play with Bob Croby’s Wildcats and Ed Miller, who went on to play with Pete Fountain and to lead his own band are known by audiences today. However, a big hat’s off to the whole group of players, as they certainly recorded some bright and cheerful dance music!

And you can listen to all their recorded works on this LP! 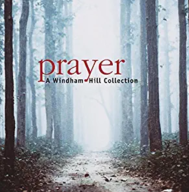 This is a soothing, calming collection of instrumental music perfect to listen to whilst reading or just hanging out at home.

Of particular note is the song Alisa’s Prayer played by the harpist Deborah Henson-Conant. My library co-worker Maryalice shared a video of Henson-Conant playing Classical Gas with Mason Williams today, and I had never heard her work before, but she sure is one talented individual! And the video is included in the video section of this posting – enjoy! 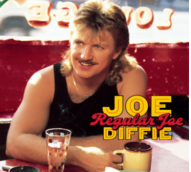 One of Joe’s best albums from the late, great country singer.

Song List:
Startin’ Over Blues
I Just Don’t Know
Next Thing Smokin’
Ain’t That Bad Enough
Ships That Don’t Come In
Just A Regular Joe
Is It Cold In Here
Back To Back Heartache
You Made Me What I Am
Goodnight Sweetheart 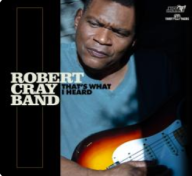 Song List:
Anything You Want
Burying Ground
You’re the One
This Man
You’ll Want Me Back
Hot
Promises You Can’t Keep
To Be with You
My Baby Likes to Boogaloo
You Can’t Make Me Change
A Little Less Lonely
Do It 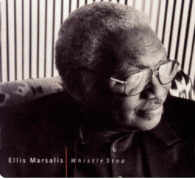 Jazz pianist Ellis Marsalis was known for three things, his terrific piano playing, his generosity of spirit as an educator – promoting traditional jazz music to other musicians and the world, and his talented music playing sons trumpeter Wynton, saxophonist Branford, trombonist Delfeayo and drummer Jason.

This 1993 album shows Marsalis at the top of his game playing songs composed by New Orleans musicians in the 1960s.

Symphony No. 2 in D Major, Op. 36: I. Adagio molto – Allegro con brio by Beethoven and performed by Compagnia di Punto

–
Can’t Stand Myself by Mark Erelli

Driftwood on the River by Ernest Tubb

I’m Walking The Floor Over You by Ernest Tubb

I Cover The Waterfront, Dinah & Tiger Rag recorded in Copenhagen in 1933 by Louis Armstrong

The Owls Hoot by The New Orleans Owls

Ships That Don’t Come In by Joe Diffie

Startin’ Over Blues by Joe Diffie

Anything You Want by The Robert Cray Band

That’s What I Heard by The Robert Cray Band

Swinging’ At The Haven by The Marsalis Family

AND ON THE INSPIRATIONAL FRONT:

An American Tune Until Further Notice by Paul Simon

Our House by Graham Nash