An alien race calls on one woman to revive mankind after Earth’s apocalypse in this science fiction classic from the award-winning author of Parable of the Sower.

Lilith Iyapo has just lost her husband and son when atomic fire consumes Earth—the last stage of the planet’s final war. Hundreds of years later Lilith awakes, deep in the hold of a massive alien spacecraft piloted by the Oankali—who arrived just in time to save humanity from extinction. They have kept Lilith and other survivors asleep for centuries, as they learned whatever they could about Earth. Now it is time for Lilith to lead them back to her home world, but life among the Oankali on the newly resettled planet will be nothing like it was before.

The Oankali survive by genetically merging with primitive civilizations—whether their new hosts like it or not. For the first time since the nuclear holocaust, Earth will be inhabited. Grass will grow, animals will run, and people will learn to survive the planet’s untamed wilderness. But their children will not be human. Not exactly.

Featuring strong and compelling characters and exploring complex themes of gender and species, Octavia E. Butler presents a powerful, postapocalyptic interplanetary epic, as well as a ray of hope for humanity.

Deftly written and emotionally powerful, Drowning Ruth is a stunning portrait of the ties that bind sisters together and the forces that tear them apart, of the dangers of keeping secrets and the explosive repercussions when they are exposed. A mesmerizing and achingly beautiful debut.

Winter, 1919. Amanda Starkey spends her days nursing soldiers wounded in the Great War. Finding herself suddenly overwhelmed, she flees Milwaukee and retreats to her family’s farm on Nagawaukee Lake, seeking comfort with her younger sister, Mathilda, and three-year-old niece, Ruth. But very soon, Amanda comes to see that her old home is no refuge—she has carried her troubles with her. On one terrible night almost a year later, Amanda loses nearly everything that is dearest to her when her sister mysteriously disappears and is later found drowned beneath the ice that covers the lake. When Mathilda’s husband comes home from the war, wounded and troubled himself, he finds that Amanda has taken charge of Ruth and the farm, assuming her responsibility with a frightening intensity. Wry and guarded, Amanda tells the story of her family in careful doses, as anxious to hide from herself as from us the secrets of her own past and of that night.

Ruth, haunted by her own memory of that fateful night, grows up under the watchful eye of her prickly and possessive aunt and gradually becomes aware of the odd events of her childhood. As she tells her own story with increasing clarity, she reveals the mounting toll that her aunt’s secrets exact from her family and everyone around her, until the heartrending truth is uncovered.

Guiding us through the lives of the Starkey women, Christina Schwarz’s first novel shows her compassion and a unique understanding of the American landscape and the people who live on it.

The King’s War by Peter Conradi:

The broadcast that George VI made to the British nation on the outbreak of war in September 1939—which formed the climax of the multi-Oscar-winning film The King’s Speech—was the product of years of hard work with Lionel Logue, his iconoclastic, Australian-born speech therapist. Yet the relationship between the two men did not end there. Far from it: in the years that followed, Logue was to play an even more important role at the monarch’s side. The King’s War follows that relationship through the dangerous days of Dunkirk and the drama of D-Day to eventual victory in 1945—and beyond. Like the first book, it is written by Peter Conradi, a London Sunday Times journalist, and Mark Logue (Lionel’s grandson), and again draws on exclusive material from the Logue Archive—the collection of diaries, letters, and other documents left by Lionel and his feisty wife, Myrtle. This gripping narrative provides a fascinating portrait of two men and their respective families—the Windsors and the Logues—as they together face the greatest challenge in Britain’s history.

The Red House by Mark Haddon: 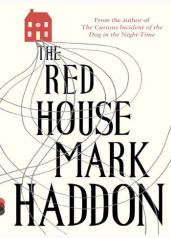 From Mark Haddon, the bestselling author of The Curious Incident of the Dog in the Night-Time, comes a dazzlingly inventive novel about modern family life.

Richard, a wealthy doctor, invites his estranged sister and her family to join his family for a week at a vacation home in the English countryside. Against the backdrop of a strange family gathering, Haddon skillfully weaves together the stories of eight very different people forced into close quarters. The Red House is a symphony of long-held grudges, fading dreams and rising hopes, tightly guarded secrets and illicit desires, painting a portrait of contemporary family life that is at once bittersweet, comic, and deeply felt.

A sensual tale of art, lust, and deception—now a major motion picture

In 1630s Amsterdam, tulipomania has seized the populace. Everywhere men are seduced by the fantastic exotic flower. But for wealthy merchant Cornelis Sandvoort, it is his young and beautiful wife, Sophia, who stirs his soul. She is the prize he desires, the woman he hopes will bring him the joy that not even his considerable fortune can buy.

Cornelis yearns for an heir, but so far he and Sophia have failed to produce one. In a bid for immortality, he commissions a portrait of them both by the talented young painter Jan van Loos. But as Van Loos begins to capture Sophia’s likeness on canvas, a slow passion begins to burn between the beautiful young wife and the talented artist.

As the portrait unfolds, so a slow dance is begun among the household’s inhabitants. Ambitions, desires, and dreams breed a grand deception—and as the lies multiply, events move toward a thrilling and tragic climax.

In this richly imagined international bestseller, Deborah Moggach has created the rarest of novels—a lush, lyrical work of fiction that is also compulsively readable. Seldom has a novel so vividly evoked a time, a place, and a passion.

The Antidote For Everything by Kimmery Martin:

An evocative new novel set in the medical world about how far one woman will go to save a friendship from acclaimed author and former ER doctor Kimmery Martin. Urologist Georgia Brown’s sense of self-preservation is kicked into high gear after she’s sexually harassed by a male surgeon at her medical clinic, but her outrage grows when her best doctor friend, Jonah, is dismissed for treating transgender patients. After traveling to Amsterdam to attend a medical conference, Georgia concocts a plan to persuade the board to reverse their decision about Jonah. But when her scheme to teach the hospital administration an important lesson begins to spiral out of control, Georgia worries she’s caused more harm than good. After a medical crisis involving one of her friends, she learns that love and friendship are the antidotes for all the ills in her life.

The Authenticity Project by Clare Pooley:

Julian Jessop, an eccentric, lonely artist and septuagenarian believes that most people aren’t really honest with each other. But what if they were? And so he writes–in a plain, green journal–the truth about his own life and leaves it in his local café. It’s run by the incredibly tidy and efficient Monica, who furtively adds her own entry and leaves the book in the wine bar across the street. Before long, the others who find the green notebook add the truths about their own deepest selves–and soon find each other In Real Life at Monica’s Café.

The Authenticity Project’s cast of characters–including Hazard, the charming addict who makes a vow to get sober; Alice, the fabulous mommy Instagrammer whose real life is a lot less perfect than it looks online; and their other new friends–is by turns quirky and funny, heartbreakingly sad and painfully true-to-life. It’s a story about being brave and putting your real self forward–and finding out that it’s not as scary as it seems. In fact, it looks a lot like happiness.

The Authenticity Project is just the tonic for our times that readers are clamoring for–and one they will take to their hearts and read with unabashed pleasure.

The Last Passenger by Charles Finch: 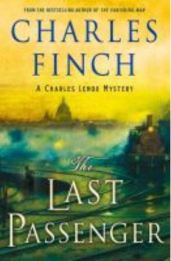 London, 1855: A young and eager Charles Lenox faces his toughest case yet: a murder without a single clue. Slumped in a first-class car at Paddington Station is the body of a young, handsome gentleman. He has no luggage, empty pockets, and no sign of violence upon his person–yet Lenox knows instantly that it’s not a natural death. Pursuing the investigation against the wishes of Scotland Yard, the detective encounters every obstacle London in 1855 has to offer, from obstinate royalty to class prejudice to the intense grief of his closest friend.

Red Mantle is the gripping conclusion to the critically acclaimed first two installments in the Red Abbey Chronicles, Maresi and Naondel. An epistolary novel, Red Mantle is told through the letters Maresi writes back to her friends and mentors at the Abbey. The novel continues the story of Maresi as she leaves the Abbey at Menos and returns home to the small, oppressed province of Rovas. There, Maresi is determined to spread the knowledge she has gained and start a school–but in the end, she will learn just as much as she teaches.

The Splendid And The Vile by Erik Larson:

On Winston Churchill’s first day as prime minister, Adolf Hitler invaded Holland and Belgium. Poland and Czechoslovakia had already fallen, and the Dunkirk evacuation was just two weeks away. For the next twelve months, Hitler would wage a relentless bombing campaign, killing 45,000 Britons. It was up to Churchill to hold his country together and persuade President Franklin Roosevelt that Britain was a worthy ally–and willing to fight to the end.

In The Splendid and the Vile, Erik Larson shows, in cinematic detail, how Churchill taught the British people “the art of being fearless.” It is a story of political brinkmanship, but it’s also an intimate domestic drama, set against the backdrop of Churchill’s prime-ministerial country home, Chequers; his wartime retreat, Ditchley, where he and his entourage go when the moon is brightest and the bombing threat is highest; and of course 10 Downing Street in London. Drawing on diaries, original archival documents, and once-secret intelligence reports–some released only recently–Larson provides a new lens on London’s darkest year through the day-to-day experience of Churchill and his family: his wife, Clementine; their youngest daughter, Mary, who chafes against her parents’ wartime protectiveness; their son, Randolph, and his beautiful, unhappy wife, Pamela; Pamela’s illicit lover, a dashing American emissary; and the advisers in Churchill’s “Secret Circle,” to whom he turns in the hardest moments.

The Splendid and the Vile takes readers out of today’s political dysfunction and back to a time of true leadership, when, in the face of unrelenting horror, Churchill’s eloquence, courage, and perseverance bound a country, and a family, together.

Note: Book summaries are from the publisher unless otherwise specified.