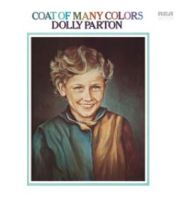 A classic album from the great Dolly Parton featuring the songs Coat of Many Colors, Traveling Man and My Blue Tears.

Music is my mistress, and she plays second fiddle to no one.” This is the story of Duke Ellington—the story of Jazz itself. Told in his own way, in his own words, a symphony written by the King of Jazz. His story spans and defines a half-century of modern music. This man who created over 1500 compositions was as much at home in Harlem’s Cotton Club in the ‘20s as he was at a White House birthday celebration in his honor in the ‘60s. For Duke knew everyone and savored them all. Passionate about his music and the people who made music, he counted as his friends hundreds of the musicians who changed the face of music throughout the world: Bechet, Basie, Armstrong, Lena Horne, Ella Fitzgerald, Sinatra, to name a few of them. Here are 100 photographs to give us an intimate view of Duke’s world—his family, his friends, his associates. What emerges most strongly in his commitment to music, the mistress for whom he saves the fullest intensity of his passion. ”Lovers have come and gone, but only my mistress stays,” he says. He composed not only songs that all the world has sung, but also suites, sacred works, music for stage and screen and symphonies. This rich book, the embodiment of the life and works of the Duke, is replete with appendices listing singers, arrangers, lyricists and the symphony orchestras with whom the Duke played. There is a book to own and cherish by all who love Jazz and the contributions made to it by the Duke. – From the publisher

Rally Day was originally released in 2009 and features ten upbeat roots rockin’ songs with a folk flavor – check it out!

The US Festival 1982 US Generation by Various Artists (Genre: Pop, Rock) (Format: DVD) 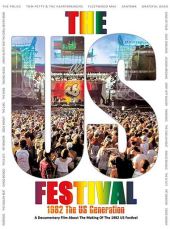 The US Festival 1982 features music from the three day long Us Festival which was held at Glen Helen Regional Park in San Bernardino, CA.

The festival was organized by Apple co-founder Steven Wozniak who wanted to create a festival that offered a celebration of American music and one that would also, foster a sense of community. And with that in mind, the musical line-up featured top-notch stars of the era including The Police, The Cars, Tom Petty & The Heartbreakers, Fleetwood Mac, Carlos Santa & The B-52s, and also includes interviews with some of the players which combined offers a documentary look at the festival interspersed with concert footage.

The Who The Official History with Pete Townshend and Roger Daltrey (Format: Book)

The only official history of The Who—created with the full cooperation of Pete Townshend and Roger Daltrey, and spectacularly illustrated with rare photographs and memorabilia—published in conjunction with the fiftieth anniversary of the release of the band’s first album, My Generation, and their celebratory world tour.

Three legendary bands are revered as the holy trinity of modern rock and roll: The Beatles. The Rolling Stones. The Who. This landmark publication is the first official history of The Who featuring exclusive access to never-before-published images and memorabilia from the band’s own archive, and from other sources including collectors and fans.

Blending memoir, history, and music, The Who explores the influences that shaped the band and its members, from Britain’s post-war austerity to Elvis, Lonnie Donegan, and American youth counter-culture. It follows them through the Mod and Pop years and the furiously fast sixties, and charts the hit singles—”My Generation,” “I’m a Boy,, “The Kids Are Alright,” and “Pinball Wizard.” It revels in memories of making it big in America and inspiring Jimi Hendrix to set his guitar on fire, and much more.

It records the band’s highs—their groundbreaking artistic achievements of Tommy and Quadrophenia—and the devastating lows—the loss of Keith Moon and John Entwistle. The Who documents the extraordinary story of how a tax inspector, sheet metal worker, art school stoner and maverick drummer—John Entwistle, Roger Daltrey, Pete Townshend and Keith Moon—became one of the most famous and enduring musical acts of modern times and transformed the world, creating the sound of a generation.

The Who includes approximately 500 color and black-and-white photos, band and fan memorabilia, and archive material; Pete Townshend and Roger Daltrey are writing the captions, providing an extra layer to the book; and there is a special pullout feature spreads providing vivid background social history and context. – From the publisher

Coat of Many Colors by Dolly Parton

Travelin’ Many by Dolly Parton (with Johnny Carson)

Caravan by Duke Ellington & His Orchestra

Take The “A” Train by Duke Ellington & His Orchestra

The US Festival 1982 Overview Video

The Ramomes at the 1982 US Festival

I Can’t Explain by The Who

Won’t Get Fooled Again by The Who