Wildly funny and wonderfully moving, Bad Ideas is about just that — a string of bad ideas — and the absurdity of love

Trudy works nights in a linen factory, avoiding romance and sharing the care of her four-year-old niece with Trudy’s mother, Claire. Claire still pines for Trudy’s father, a St. Lawrence Seaway construction worker who left her twenty years ago. Claire believes in true love. Trudy does not. She’s keeping herself to herself. But when Jules Tremblay, aspiring daredevil, walks into the Jubilee restaurant, Trudy’s a goner.

Loosely inspired by Ken “the Crazy Canuck” Carter’s attempt to jump the St. Lawrence River in a rocket car, and set in a 1970s hollowed-out town in eastern Ontario, Bad Ideas paints an indelible portrait of people on the forgotten fringes of life. Witty and wise, this is a novel that will stay with you a long time. 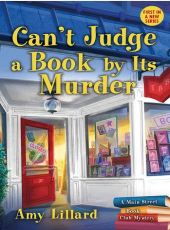 Not every murder is by the book…

As Sugar Springs gears up for its all-class high school reunion, Mississippi bookstore owner Arlo Stanley prepares to launch her largest event: a book-signing with the town’s legendary alum and bestselling author, Wally Harrison. That’s when Wally is discovered dead outside of Arlo’s front door and her best friend is questioned for the crime.

When the elderly ladies of Arlo’s Friday Night Book Club start to investigate, Arlo has no choice but to follow behind to keep them out of trouble. Yet with Wally’s reputation, the suspect list only grows longer—his betrayed wife, his disgruntled assistant, even the local man who holds a grudge from a long-ago accident.

Between running interference with the book club and otherwise keeping it all together, Arlo anxiously works to get Chloe out of jail. And amidst it all, her one-time boyfriend-turned-private-eye returns to town, just another distraction while she digs to uncover the truth around Wally’s death and just what Sugar Springs secret could have led to his murder.

Harry Dresden, Chicago’s only practicing professional wizard, should be happy that business is pretty good for a change. But he also knows that whenever things are going good, the only way left for them to go is bad. Way bad. Recent examples: A duel with the lethal champion of the Red Court, who must kill Harry to end the war between vampires and wizards…Hit men using Harry for target practice…The missing Shroud of Turin—and the possible involvement of Chicago’s most feared mob boss…A handless and headless corpse the Chicago police need identified…Not to mention the return of Harry’s ex-girlfriend Susan, who’s still struggling with her semi-vampiric nature—and who seems to have a new man in her life. Some days, it just doesn’t pay to get out of bed. No matter how much you’re charging.

Disappearing Moon Cafe was a stunning debut novel that has become a Canadian literary classic. An unflinchingly honest portrait of a Chinese Canadian family that pulses with life and moral tensions, this family saga takes the reader from the wilderness in nineteenth-century British Columbia to late twentieth-century Hong Kong, to Vancouver’s Chinatown.

Intricate and lyrical, suspenseful and emotionally rich, it is a riveting story of four generations of women whose lives are haunted by the secrets and lies of their ancestors but also by the racial divides and discrimination that shaped the lives of the first generation of Chinese immigrants to Canada.

Bespeak Audio Editions brings Canadian voices to the world with audiobook editions of some of the country’s greatest works of literature, performed by Canadian actors.

What matter promises to them? They’re only Human!

His honor riven from him, Elven Prince Ardagh suffers that worst of all possible fates: banishment to the world of humans. Alone in a land of Christian kings and Viking raiders, Ardagh has at last learned to make his way—more, he has made himself a place; he is much valued by his friends and comrades at arms. His fate is beginning not to seem so terrible after all.

But now, Ardagh, he who was falsely branded “Oath-breaker,” is called upon to defend Ireland against the fierce magic of an Anglo-Saxon menace and so fulfill his pledge to human King Aedh. Though it may well cost him his immortal life, fiercely, joyfully Ardagh—no oathbreaker he—joins the fray. Then, in the midst of war, he is summoned to rejoin the Sidhe. His choice is stark and clear: to stand by his sworn comrades or regain all that he has lost—and to be in truth as well as name Ardagh Oathbreaker.

Crocodile on the Sandbank by Elizabeth Peters: 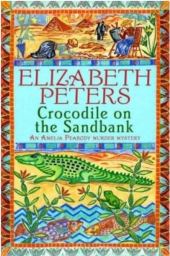 “If Indiana Jones were female, a wife, and a mother who lived in Victorian times, he would be Amelia Peabody Emerson.”—Publishers Weekly

Amelia Peabody, that indomitable product of the Victorian age, embarks on her debut Egyptian adventure armed with unshakable self-confidence, a journal to record her thoughts, and, of course, a sturdy umbrella. On her way to Cairo, Amelia rescues young Evelyn Barton-Forbes, who has been abandoned by her scoundrel lover. Together the two women sail up the Nile to an archeological site run by the Emerson brothers-the irascible but dashing Radcliffe and the amiable Walter. Soon their little party is increased by one-one mummy that is, and a singularly lively example of the species.

Strange visitations, suspicious accidents, and a botched kidnapping convince Amelia that there is a plot afoot to harm Evelyn. Now Amelia finds herself up against an unknown enemy-and perilous forces that threaten to make her first Egyptian trip also her last . . .

Murder On Cue by Jane Dentinger: 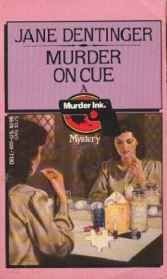 In the first book of the Jocelyn O’Roarke series, when a Broadway show’s lead actress is murdered, her understudy must race to find the killer before it’s too late

Struggling actress Jocelyn “Josh” O’Roarke just got a real offer. Well, something resembling a real offer. Her old friend Austin Frost has written a play for Broadway and cast the glamorous Harriet Weldon as the lead. Not wishing to leave his old friend Josh behind, he has invited her to be Harriet’s understudy. The role of understudy is a difficult one—and it becomes even more so when Harriet turns up dead and the police name Josh their prime suspect. With the NYPD breathing down her neck, Josh must find the people responsible while ensuring that the show will go on. Murder on Cue is the first book of the Jocelyn O’Roarke mystery series, which also includes First Hit of the Season and Death Mask.

One Coffee With by Margaret Maron: 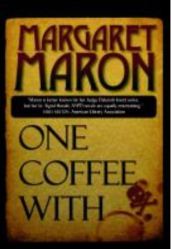 But before Deborah Knott, there was Lt. Sigrid Harald, a homicide detective with the NYPD. Now, with the re-release of Maron’s very first book, long out of print, new readers can finally get to know the character that started it all. In One Coffee With, we meet Sigrid for the first time when murder strikes the Art Department of Vanderlyn College. Who poisoned the deputy chairman’s morning coffee? Everyone in the department had both motive and opportunity and it will take Lt. Harald’s cool, level-headedness to determine who the killer is before he -or she- strikes again.

Ellery Queen’s Mystery Magazine has said, “Harald is no stereotypical policewoman….Getting to know her is a pleasure;” while the San Diego Union-Tribune says, “Maron combines a lighthearted style, surefooted suspense, and a captivating cast.”

When her personal copy of the current Finance Act is found a few metres away from a body, young barrister Julia Larwood finds herself caught up in a complex fight against the Inland Revenue. Set to have a vacation away from her home life and the tax man, Julia takes a trip with her art-loving boyfriend. However, all is not what it seems. Could he in fact be an employee of the establishment she has been trying to escape from? And how did her romantic luxurious holiday end in murder?

Trail of Murder by Christine Andreae:

For Lee Squires, this particular phone call couldn’t have come at a better time. English professor, poet, and professional house-sitter, Lee is wallow­ing in the heat and humidity of a Washington, D.C., summer and in the self-pity and depression that have been shadowing her life for some time.

It seems that a friend of hers has given her name to Pete Bonsecours, a Montana wilderness outfitter desper­ately in need of a replacement cook for an upcoming trail ride across the Continental Divide. Lee is more than ready for a change of pace, so it doesn’t take much to convince her to sign on as the new cook.

Within days Lee is on her way out to Montana and the Bob Marshall Wil­derness. Armed with everything from sleeping bag, long underwear, bathing suit, and sunscreen to her old cast-iron Dutch oven and a thermos filled with sourdough starter, Lee is ready for anything–anything but murder.

Filled with the fascinating details of a full-blown trail ride and the gripping suspense of a taut murder mystery.