A Curious Man: The Strange and Brilliant Life of Robert “Believe It or Not!” Ripley written by Neal Thompson and read by Marc Cashman (Format: Downloadable Audiobook):

A Curious Man is the marvelously compelling biography of Robert “Believe It or Not” Ripley, the enigmatic cartoonist turned globetrotting millionaire who won international fame by celebrating the world’s strangest oddities, and whose outrageous showmanship taught us to believe in the unbelievable.

As portrayed by acclaimed biographer Neal Thompson, Ripley’s life is the stuff of a classic American fairy tale. Buck-toothed and cursed by shyness, Ripley turned his sense of being an outsider into an appreciation for the strangeness of the world. After selling his first cartoon to Time magazine at age eighteen, more cartooning triumphs followed, but it was his “Believe It or Not” conceit and the wildly popular radio shows it birthed that would make him one of the most successful entertainment figures of his time and spur him to search the globe’s farthest corners for bizarre facts, exotic human curiosities, and shocking phenomena.

Ripley delighted in making outrageous declarations that somehow always turned out to be true—such as that Charles Lindbergh was only the sixty-seventh man to fly across the Atlantic or that “The Star Spangled Banner” was not the national anthem. Assisted by an exotic harem of female admirers and by ex-banker Norbert Pearlroth, a devoted researcher who spoke eleven languages, Ripley simultaneously embodied the spirit of Peter Pan, the fearlessness of Marco Polo and the marketing savvy of P. T. Barnum.

In a very real sense, Ripley sought to remake the world’s aesthetic. He demanded respect for those who were labeled “eccentrics” or “freaks”—whether it be E. L. Blystone, who wrote 1,615 alphabet letters on a grain of rice, or the man who could swallow his own nose.

By the 1930s Ripley possessed a vast fortune, a private yacht, and a twenty-eight room mansion stocked with such “oddities” as shrunken heads and medieval torture devices, and his pioneering firsts in print, radio, and television were tapping into something deep in the American consciousness—a taste for the titillating and exotic, and a fascination with the fastest, biggest, dumbest and most weird. Today, that legacy continues and can be seen in reality TV, YouTube, America’s Funniest Home Videos, Jackass, MythBusters and a host of other pop-culture phenomena.

In the end Robert L. Ripley changed everything. The supreme irony of his life, which was dedicated to exalting the strange and unusual, is that he may have been the most amazing oddity of all.

Diana Gabaldon weaves a dazzling tale of history, intrigue, and suspense in this first novel featuring one of her most popular characters from the Outlander saga: Lord John Grey.

The year is 1757. On a clear morning in mid-June, Lord John Grey emerges from London’s Beefsteak Club, his mind in turmoil. A nobleman and a high-ranking officer in His Majesty’s army, Grey has just witnessed something shocking. But his efforts to avoid a scandal that might destroy his family are interrupted by something still more urgent: The Crown appoints him to investigate the brutal murder of a comrade-in-arms who may have been a traitor. Obliged to pursue two inquiries at once, Major Grey finds himself ensnared in a web of treachery and betrayal that touches every stratum of English society—and threatens all he holds dear.

The Village, 400 Years of Beats and Bohemians, Radicals and Rogues, a History of Greenwich Village written by John Strausbaugh (Format: eBook):

From the Dutch settlers and Washington Square patricians, to the Triangle Shirtwaist fire and Prohibition-era speakeasies; from Abstract Expressionism and beatniks, to Stonewall and AIDS, the connecting narratives of The Village tell the story of America itself.

West with the Night by Beryl Markham (Format: eBook):

Beryl Markham’s life story is a true epic. Not only did she set records and break barriers as a pilot, she shattered societal expectations, threw herself into torrid love affairs, survived desperate crash landings—and chronicled everything. A contemporary of Karen Blixen (better known as Isak Dinesen, the author of Out of Africa), Markham left an enduring memoir that soars with astounding candor and shimmering insights.

A rebel from a young age, the British-born Markham was raised in Kenya’s unforgiving farmlands. She trained as a bush pilot at a time when most Africans had never seen a plane. In 1936, she accepted the ultimate challenge: to fly solo across the Atlantic Ocean from east to west, a feat that fellow female aviator Amelia Earhart had completed in reverse just a few years before. Markham’s successes and her failures—and her deep, lifelong love of the “soul of Africa”—are all told here with wrenching honesty and agile wit.

Hailed as “one of the greatest adventure books of all time” by Newsweek and “the sort of book that makes you think human beings can do anything” by the New York Times, West with the Night remains a powerful testament to one of the iconic lives of the twentieth century.

The Best Gifts are the Unexpected Ones…

To escape a scandal, Lady Joan Flynn flees her family’s estate in the Scottish Highlands. She needs a husband by Christmas, or the holidays will ring in nothing but ruin.

As Christmas—and trouble—draw nearer, Dante and Joan’s marriage of convenience blossoms into unexpected intimacy, for true love often hides beneath the most unassuming holiday wrapping…

Beating About The Bush by M.C. Beaton

Abstract: “When private detective Agatha Raisin comes across a severed leg in a roadside hedge, it looks like she is about to become involved in a particularly gruesome murder. Looks, however, can be deceiving, as Agatha discovers when she is employed to investigate a case of industrial espionage at a factory where nothing is quite what it seems. The factory mystery soon turns to murder and a bad-tempered donkey turns Agatha into a national celebrity, before bringing her ridicule and shame. To add to her woes, Agatha finds herself grappling with growing feelings for her friend and occasional lover, Sir Charles Fraith. Then, as a possible solution to the factory murder unfolds, her own life is thrown into deadly peril. Will Agatha get her man at last? Or will the killer get her first?”– Provided by publisher. 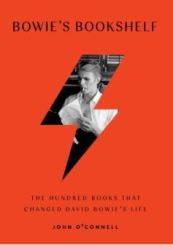 Abstract: “Three years before David Bowie died, he shared a list of 100 books that changed his life. His choices span fiction and nonfiction, literary and irreverent, and include timeless classics alongside eyebrow-raising obscurities. In 100 short essays, music journalist John O’Connell studies each book on Bowie’s list and contextualizes it in the artist’s life and work”– Provided by publisher

A Christmas Haven by Cindy Woodsmall: 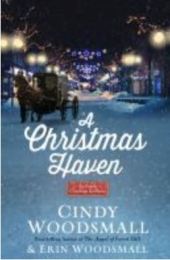 Abstract: For fans of holiday romances and Amish life comes a new Christmas tale of surprising expectations and discovering miracles. Old Order Amish Ivy Zook is wrestling with her need to shed her community’s ways so she can grow the business of her dreams: planning parties. As long as she’s stuck living without modernization, she can barely get her business on its feet. But if she leaves too soon, she’d cause trouble for her sister, Holly, who is planning her wedding to Joshua Smucker. All of their plans become twice as complicated when an old car crashes into the storefront of Greene’s Pharmacy, carrying a Swartzentruber (ultra-conservative sect) Amish man, Arlan, and his very ill sister.

Abstract: “Hidden behind the Picassos and Vermeers, the Temple of Dendur and the American Wing, exists another world: the hallways and offices, conservation studios, storerooms, and cafeteria that are home to the museum’s devoted and peculiar staff of 2,200 people–along with a few ghosts. Metropolitan Stories unfolds in a series of amusing and poignant vignettes in which we discover larger-than-life characters, the downside of survival, and the powerful voices of the art itself.”–Provided by publisher.

When Old Midnight Comes Along by Loren Estleman:

Abstract: “Amos Walker is hired by one Francis X. Lawes, a private-sector mover and shaker in Detroit politics, to prove that his wife, Paula, who disappeared under sinister circumstances shortly more than six years ago, is dead, so he can remarry without having to wait for the seven-year-declaration-of-death rule to kick in. Walker’s investigation is complicated by two facts: the police still consider Lawes the prime suspect, and the first-responding officer in that old case was killed in the line of duty shortly afterwards and his notebook has never been found. The question for Walker is, if Lawes is guilty, why would he put himself in jeopardy of arrest and prosecution by giving the forensics team a body to work on?”– Publisher’s description.