And onto the musical recommendations for this week!

Okay, so this one really is really short, only 24 minutes, and it is for kids or those of us who are of an age to find the Charlie Brown seasonal videos nostalgic! But is is fun!

The Plot: Peppermint Patty invites herself and her friends to Charlie Brown’s house for Thanksgiving. Charlie only knows how to make toast and cereal but he is saved when his friends Linus, Snoopy & Woodstock jump in to help him and pull out all the stops to put on a memorable Thanksgiving dinner

The music for the video is once again provided by the great jazzy pianist Vince Guaraldi. 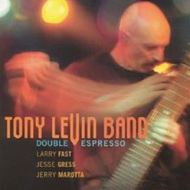 Master bassist Tony Levin and his band offer an intense collection of rock music that makes a perfect complement to expresso – as both will work hard to wake you up! 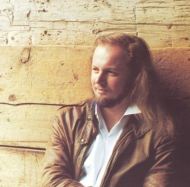 Garnet Rogers is first album by the Canadian folk singer-songwriter; and this album if full of wonderful acoustic music including the timely tune Thanksgiving Eve.

If you’re looking for a relaxing mix of traditional folk music for the holiday season – check this album out!

Sinatra was originally broadcast at a TV miniseries and chronicles the eventful life of Frank Sinatra from his childhood through 1974.

Also of note, the mini-series features music and vocals by the real Frank Sinatra – so it is a fun series to watch and the music is great too!

A Charlie Brown Thanksgiving, Music by the Vince Guaraldi Sextet

Variations on the Kanon by Pachelbel by George Winston

Utopia by The Tony Levin Band

My Way by Frank Sinatra

One More For The Road by Frank Sinatra