Elena Vicens is a regular person, living an ordinary life; until one day when, out of the blue, she received a mysterious letter. The letter tells of a lock box left by her mother who died almost two decades before. The act of opening the lock box sends Elena on a journey across the globe and brings a world of myths and magic to light. Only one thing is certain, after opening the lock box Elena’s life will never be the same!

In our era of social media, when videos from unknown sources can go viral, the Chief Justice of the Supreme Court finds himself enmeshed in a scandal created by a gossip website reporter who specializes in dishing the dirt on the rich and famous. The reporter claims that the justice had multiple liaisons with prostitutes, an accusation the justice denies. But just how is the justice going to clear his name? Enter Intelligence operative Nick Heller and let the suspense begin!

Journey: A Novel by James A. Michener (Format: eBook):

Journey is a classic adventure tale one of the masters of 20th Century historical novels – James A. Michener.

This eBook is new to the catalog and opens in 1897 when the exciting news broke that gold had been discovered in the Yukon. People of all walks of life left their lives to journey to Canada with the hope of finding gold and become rich beyond the dreams of avarice. Michener introduces the reader to four British nobles who with their Irish servants embark on an arduous trip, through the frigidly cold wilderness to the Klondike Gold Fields.

Michener wrote great, descriptive historical novels allowing the reader a glimpse into another world – and if you haven’t ever read a Michener novel, I recommend you do so!

In studying how business teams work together, motivational speaker and New York Times Bestselling author Simon Sinek noticed that some teams were devoted to supporting and working with each other as part of a team, and in fact went out of their way to assist each other.  And other teams became divisive groups that did not place nicely together and thus did not work well together.

Sinek discovered that the best teams work so well together because their team leaders create an environment of trust and positive collaboration building a “Circle of Safety” around the team.  In other words the team leaders support the team and put the team first having the proverbial and collective back of the team covered.

One of the stories in the book, and the one the author named the book after Officers Eat Last is actually something a Marine general said to the author while he was researching the book. The general noted that the superior officers, in the chain of command, made sure everyone else was fed first and that that the highest ranking officers got in the back of the chow line to ensure their “team” was taken care of – the meaning being simply that great leaders put their soldiers/team members first and that fosters great teams and great team work. 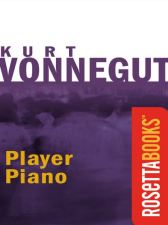 Player Piano was originally published in 1952 and was Kurt Vonnegut’s first novel. Vonnegut did not set out to create a science fiction novel, and in fact wasn’t pleased when Player Piano was referred to as a science fiction novel – but a science fiction novel it is! The novel is set in the future and the protagonist, engineer Paul Proteus, finds himself working during an era where machines displace human workers without regard for the safety or well-being of said workers. Paul believes in the well-being of human beings and gets into a great deal of trouble as a result, as he works to change the new machinated status quo. 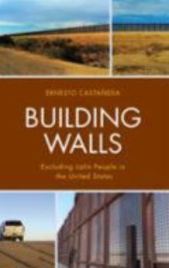 In the book Building Walls Sociologist Ernesto Castaneda discusses the recent presidential plan to build a border wall between the United States and Mexico and puts it into a larger historical narrative. The book focuses on the history of Latino immigrants in the U.S. and the consequences of building walls, physically and socially between American citizens and Latino immigrants.

About The Author: Ernesto Castaneda is Assistant Professor of Sociology at the American University of Washington, D.C.

A Christmas Gathering by Anne Perry: 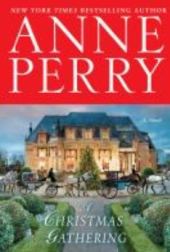 Recently married Lady Vespasia and her husband Victor Narraway, a former police department head, have been invited to the elegant home of friends for the Christmas holidays. And despite the fact that the couple would have preferred to stay at home and enjoy a cozy Christmas in each other’s company they feel obligated to attend the holiday festivities.

After they arrive at the grand estate it becomes apparent that more is going on than what meets the eye. Victor seems to be on a secret assignment but what exactly has he been assigned to do?  And how is the lovely Iris Watson-Watt involved?

Something is afoot and the forecast for a quiet and relaxing Christmas is falling to less than 50%!

City Of Scoundrels by Victoria Thompson

Elizabeth Miles has a usual background. She is a former con women turned upper class Lady, Elizabeth Miles is engaged to her true love, the honorable Gideon Bates. While lawyer Gideon is waiting to be drafted to serve in the Great War he workers hard preparing wills for soldiers before they leave for the front. Gideon prepares a will for Corporal Tom Preston who is the co-owner of the very profitable Preston Shoe company. Preston has recently, secretly, married a lady he knows his family would disapprove of; however, he is determined that should he be killed his wife an unborn child will inherit his estate.

Shortly after Preston is sent into battle, he is reported killed in action and then his will disappears. Good thing the honorable lawyer Gideon Bates has a fiancée who comes from a family of grifters!

In Regalia by Erin L. McCormack:

Middle aged Helene Roy Bradford comes from a troubled family. Her parents died young, her brother is rudderless and she is estranged from her younger sister Renee.

Despite her past Helene has created a stable and comfortable life which she enjoys. And then she receives news that Renee has died and her brother-in-law Izzy, who is Native American, requires assistance in raising their children. A culture class ensues as Helene and Izzy, who have very different social expectations, try to find common ground and heal.

The story is relayed in an interesting way in three parts via Helene’s narrative, Renee’s journal entries and Izzy’s blog postings

Treasure hunters uncover the wreck of the steamship Arcadia in Kansas and awaken a golem, a mindless assassin who was created in 1856, and whose sole purpose and goal is to kill a slave trader of that era. The slave trader has been dead for many, many years so the golem goes after the trader’s closest living relative – a bored IT technician named Ben Middleton. Ben must stop the golem before it kills him and then, presumably moves on to killing his estranged teenage son Charley.

If you like fast-paced thriller with elements of fantasy– check this one out!

Orphaned Zahra is determined to build a better life for herself and her siblings, so she agrees to a plan put together by the leader of their group, Adam Light. Adam’s plan is for the group to steal an abandoned spaceship, The Wisdom of Wisdom. The ship was abandoned a decade ago due to a virus that killed most the crew. In order to steal the ship they plan to kidnap the only survivor, Jaswinder Bahttacharya, whose genetic signature they’ll need to board the ship. All goes to plan at first but once the group successfully boards the ship they are shocked to discover the real reason the ship was abandoned. Survival is then the order of the day…