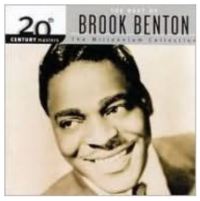 20th Century Masters – The Millennium Collection: The Best of Brook Benton gathers a dozen of the singer/songwriter’s greatest hits, including “It’s Just a Matter of Time,” “Fools Rush In,” “The Boll Weevil Song,” and his duets with Dinah Washington, “Baby (You’ve Got What It Takes)” and “A Rockin’ Good Way (To Mess Around and Fall in Love).” “Kiddio” and “Endlessly” are two more of the many highlights of this collection, which certainly isn’t the most comprehensive Brook retrospective available but is nevertheless a delightful introduction to his best known work.

Song List:
1. It’s Just a Matter of Time
2. Endlessly
3. Thank You Pretty Baby
4. So Many Ways
5. Baby (You’ve Got What It Takes) with Dinah Washington
6. Kiddio
7. A Rockin’ Good Way (To Mess Around and Fall in Love) with Dinah Washington
8. Fools Rush In
9. The Boll Weevil Song
10. Lie to Me
11. Hotel Happiness
12. Rainy Night In Georgia

Neither the rustic Wild Life nor the slick AOR flourishes of Red Rose Speedway earned Paul McCartney much respect, so he made the self-consciously ambitious Band on the Run partially to rebuke his critics. On the surface, Band on the Run appears to be constructed as a song cycle in the vein of Abbey Road, but subsequent listens reveal that there are only passing similarities between the two albums. Some of this is quite showy, particularly the whimsical mini-suite of the title track and the surging surrealism of “Jet,” but some of the most enduring moments are simpler, like the sunny acoustic “Bluebird” and rocking, rolling “Helen Wheels.” Sometimes McCartney’s whimsy is a little strong, but song for song Band on the Run is always enjoyable, whether McCartney is running through “Picasso’s Last Words” or responding to John Lennon’s “How Do You Sleep” taunts with “Let Me Roll It.”

From an NBC News producer and writer, an affectionate, almost encyclopedic history of country music’s mecca. Hagan writes very directly here, with accounts of crucial events leading to capsule bios of important figures, all related in a good-ole-boy manner that opts for the bright and sunny. We learn that it all began in 1925 when “”hillbilly music”” (the term came from an ad lib by an early vocalist: “”We’re nothing but a group of hillbillies from North Carolina and Virginia””) was in need of a home and Nashville radio station WSM was looking for some original programming. Thus, on November 28, 1925, “”the WSM Barn Dance”” was born, bringing in local talent (groups such as “”the Crook Brothers,”” “”The Gully Jumpers,”” and “”The Fruit Jar Drinkers””). As WSM increased its voltage through the years (it eventually reached two-thirds of the US), the concept caught on, along with a new name that has stuck for over six decades (that, too, the result of an ad lib: following an hour of classical music, an announcer stated, “”For the past hour, we have been listening to music taken largely from Grand Opera. From now on we will present ‘The Grand Ole Opry’ “”). Country music fans will enjoy the myriad anecdotes here about Opry greats such as Roy Acuff, Marty Robbins, Porter Wagoner, Buck Owens, etc.–including those that detail cruel treatment meted out to Hank Williams and Skeeter Davis (thrown out for drinking and “”editorializing””). An upbeat, densely illustrated history that should appeal to all country fans who dream of making the pilgrimage to Ryman Auditorium. – Kirkus Review 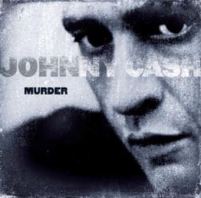 Of the three thematic Cash CDs simultaneously released in the spring of 2000 (the others are God and Love), Murder is the most sensible. For one thing, there are actually far fewer Cash songs about murder than there are Cash songs about love or God, so this compilation is a more thorough retrospective of a niche in his repertoire. In addition, one has to admit that Cash’s somber vocals and flair for storytelling are well-suited for tales of assassination. Also, this is a well-selected set of 16 tunes, spanning the mid-’50s to the mid-’90s. With the exception of the classics “Folsom Prison Blues” (the original Sun version), “The Long Black Veil,” and “Don’t Take Your Guns to Town,” most of these will be unfamiliar to many Cash fans, taken as they are from LPs, B-sides, and live recordings. Most of them are moving, sometimes chilling performances, whether Cash takes on the role of the killer or an observer. Cool overlooked cuts include 1965’s spare and spooky “Hardin Wouldn’t Run,” and “When It’s Springtime in Alaska (It’s Forty Below),” recorded with wife June Carter. Some of these are pretty oddball tunes, too, in the best sense of that adjective. “Mister Garfield” is a gung-ho tribute to the most obscure assassinated American president, and “Joe Bean” actually manages some wicked gallows (literally) humor, its concluding punch line the message from the governor from whom Bean is hoping to obtain pardon: a gaily sung “Happy birthday, Joe Bean.” One track, a 1966 cover of Harlan Howard’s “The Sound of Laughter,” was previously unreleased in the U.S. 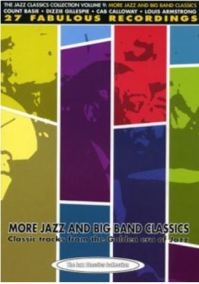 27 tracks from the big band era of Jazz, incl. Duke Ellington and Louis Armstrong. features 27 fantastic tracks from the big band era. An exhibition of jazz at its best from many of the greats, including Dizzy Gillespie, Cab Calloway, Count Basie, Duke Ellington, Louis Armstrong, Ina Ray Hutton and many more. More Jazz And Big Band Classics Classic Tracks From The Golden Era Of Jazz is part of the 10 DVD Jazz Classics Collection.

A must-have for any true jazz fan!

Folsom Prison Blues by Johnny Cash with the Tennessee Three

Band on the Run by Paul McCartney & Wings

Crazy by Patsy Cline (at the Grand Ole Opry)

When It Is Springtime In Alaska by Johnny Cash

Blues In The Night by Cab Calloway

You can access digital library content on PCs, Macs and mobile devices. For mobile devices simply download the OverDrive and/or the RBDigital app, to check out eBooks, downloadable audiobooks and on-demand magazines, from your app store to get started. If you have questions call the library at 607-936-3713 and one of our tech coaches will be happy to assist you.