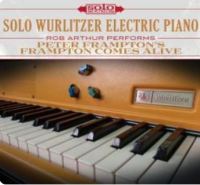 Keyboardist and guitarist Rob Arthur is a friend of, and has been the musical director for, Peter Frampton. On this instrumental LP from 2017, he offers a fun, upbeat keyboard-centric take on Frampton’s 1976 break out album Frampton Comes Alive.

Songs on the album include: Show Me The Way, All I Want To Be, It’s A Plain Shame, Wind of Change and Baby, I Love Your Way

“A comprehensive anthology of music from the mythic first leg of Bob Dylan’s groundbreaking Rolling Thunder Revue, this 147 song digital box-set includes all five of Dylan’s full sets from that tour that were professionally recorded. The collection also provides the listener with an intimate insider’s seat for recently unearthed rehearsals at New York’s S.I.R. studios and the Seacrest Mote in Falmouth.” – Columbia Records

Songs in the collection include: One More Cup of Coffee, The Ballad of Ira Hayes, She Belongs to Me, A Hard Rain’s A-Gonna Fall, I Shall Be Released and Ballad of a Thin Man.

The new album by the incomparable jazz composer and pianist Fred Hersch accompanied by the WDR Big Band!

Songs Without Words, No. 2 Ballad, Rain Waltz, Forward Motion, The Big Easy, Out Some Place (Blues for Matthew Shephard) and Pastorale. 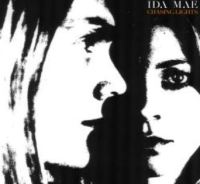 “Hailing from Norfolk, U.K., Ida Mae are an acoustic alt-folk duo made up of husband-and-wife Chris Turpin and Stephanie Jean. Delivering romantic and atmospheric songs with resonant guitar and passionate vocals, the pair owe their influences to the sound of Americana and deep South blues-rock. Their work can be heard on their 2019 debut LP Chasing Lights.” AllMusic

I wasn’t able to find out much about the band The Ozarkansas Travelers. Their website doesn’t seem to be up at the moment; and although they have a Facebook page, their is only a brief description of the group – “A band playing Classic Country Music from the 1940s and 1950s.”

Their FB page does feature a neat photo of the band:

Songs on the LP include Get Rhythm, Billy Bayou, Shotgun Boogie, Thanks A Lot and Oh Lonesome Me. 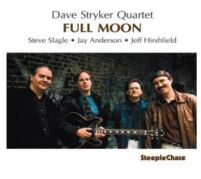 Dave Stryker is a New York City based jazz guitarist who mixes blues and soul into his jazz for a delightful musical mixture. Full Moon is his 1993 break-out album, featuring great songs, some originals and some classics including The Sphinx composed by Ornette Coleman, Monk’s Mood composed by Thelonious Monk, I Mean You composted by Hawkins and Monk, Wise One composed by John Coltrane and Bayou Blues and Full Moon composed by Dave Stryker.

In the week up to Father’s Day, Sunday, June 16, now seems like a good time to listen to a collection of songs that focus on dads!

Songs in this 82 song collection include Daddy Sang Bass by Johnny Cash, Daddy Lessons by Beyoncé with the Dixie Chicks, Father’s House by Bruce Springsteen, Father and Daughter by Paul Simon, Papa Loves Mambo by Perry Como and I’m a Ding Dong Daddy by Louis Armstrong.

Do You Feel Like We Do by Rob Arthur

Ballad of a Thin Man by Bob Dylan

Get Rhythm by Ozarkansas Travelers

Thanks a Lot by Ozarkansas Travelers

The Sphinx by The Dave Stryker Quartet

Daddy Lessons by Beyoncé with the Dixie Chicks

I’m Her Daddy by Bill Withers

Seeing My Father In Me by Paul Overstreet