Hi everyone, just a quick reminder, the library is closed for spring cleaning this Saturday. And the library’s creation team will be at the Twin Tiers Mini Maker Faire at Corning Community College this Saturday, April 27 from 10:00 a.m. to 3:00 p.m. We’ll have several cool make-it-and-take-it-with-you creation projects for your enjoyment – come and visit us in the gym.

Here’s a link to a PDF showing where all the creators will be at the Maker Faire:

And on to our lucky seven musical recommendations of the week!

A classic album by the great 20th Century vocalist.

Songs on the album include: Nobody Else But Me, When Lights Are Low, I’ve Got Just About Everything, Oh! You Crazy Moon & It Had To Be You.

Resilience (2018) by the Calidore String Quartet: 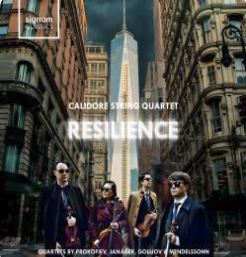 Resilience is the major label debut by the group and features music by composers Janacek, Prokofiev, Golijov & Mendelssohn.

When Guitars Ruled: A Tribute to the Shadows (2001) by The Echoes (Genre: Guitar, Instrumental):

Take a listening trip back to the days of vintage guitar instrumental music! There are several rock groups named The Echoes. And as the group that is being paid tribute to – is the classic guitar-centric British band The Shadows, one could be forgiven for, at first glance, thinking that the band who recoded this LP is the British band of the same name.

In fact, this band, The Echoes, hailed from Israel and played their cool classic rock music in the sixties and early seventies throughout Israel. The band featured Israel Gerson and Ramy Sadnai on guitars, Avital Raz and Alberto Shpilka on bass and Yossi Lahat on drums.

Songs on this laid back upbeat LP include: Shadoogie, Atlantis, Dance On, Peace Pipe, Foot Tapper and The Frightened City.

The Best Of (2013) by The International Sweethearts of Rhythm (Genre: Swing, Jazz, Big Band):

During World War II, when women were picking up the slack for the men who had gone off to war, The International Sweethearts of Rhythm formed and became one of the first all-female big bands to garner acclaim, respect and popularity. The 17-piece group was formed in Rankin County Mississippi in 1939, and was led by singer Anna Mae Winburn. The group featured excellent soloists including trumpeter Tiny Davis and saxophonist Viola Burnside. The band toured the country, appeared on radio broadcasts and made a few records before disbanding in 1949. Most of the band’s recordings were made for the Armed Forces Radio network, and you can hear that in this collection as most of the songs are introduced by an MC.

Georgie Anne Muldrow grew up in Los Angeles surrounded by music. Her mother Rickie Byars-Beckwith is a vocalist and her father Ronald Muldrow was a guitarist. Muldrow is a very versatile musician with a great voice and is a very prolific recording artists having released twelve albums since 2004. 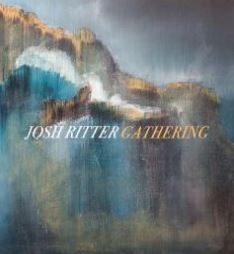 Singer-songwriter and guitarist Josh Ritter was born in Idaho and, as a youth was inspired to pick up a guitar and start singing after hearing Bob Dylan’s music. He is known for his deep singing voice and the witty lyrics of his songs.

When The Lights Are Low by Tony Bennett

Foot Tapper by The Echoes

Videos of The International Sweethearts of Rhythm (24 minutes & 22 seconds)

This 24 minute video is made of clips that appear to have been part of the old Soundies series of videos. Soundies played in small coin operated, self-contained rear projection video machines, known as Panoramas, that were available in restaurants, night clubs and other public venues in the 1940s.

Bluejays and Cardinals by The Mountain Goats

Scotch Grove by The Mountain Goats

Train Go By by Josh Ritter

Crackerjack by The Shadows

The Echoes: When Guitars Ruled – A Tribute to the Shadows. Blues Leaf, http://www.bluesleaf.com/artists/echoes.htm