April is National Poetry month, and to celebrate Freegal has put together a playlist of poems and poetic music. 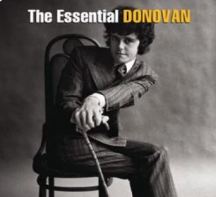 A greatest hits collection by the popular sixties folk singer. All the hits are here including: Sunshine Superman, Mellow Yellow, There Is A Mountain, Jennifer Juniper, Hurdy Gurdy Man and Atlantis. 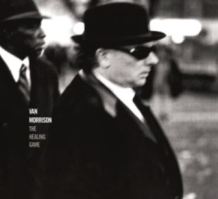 An aptly titled album by the great Irish singer-songwriter that has a healing feeling flowing through the music.

Songs on the LP include: Rough God Goes Riding, Fire in the Belly, Waiting Game, Piper at the Gates of Dawn and The Healing Game

Say Your Mind is cool four song EP from the Band Head For The Hills.

Songs include: Say Your Mind, Darkness Meets The Day, I Am The Problem and Can’t Stay This Way For Long

Enough is a five song EP from Rachel Wammack an Alabama native, singer-songwriter with pop flair. Songs on the EP include: Enough, Damage, Hard to Believe, Closure and My Boyfriend Doesn’t Speak For Me Anymore

In celebration of the 104th anniversary of the legendary Bluesman Muddy Water’s birth, on April 4, 1915 in Rolling Fork, Mississippi – here’s a great set of his classic work including some of his most famous songs including:

Muddy Waters was one of the all time greatest blues players. He was born in Mississippi and moved to Chicago as a youth. He became one of the founding members of that first generation of post World War II blues players and he played a great guitar! Waters influenced countless players that came after him including Eric Clapton, The Rolling Stones, The Butterfield Blues Band etc. And if you’re not familiar with his playing – this set is a great place to start as it contains the bulk of his classic works including the songs:I Can’t Be Satisfied, I Feel Like Going Home, She Moves Me, Standing Around Crying, Rollin’ and Tumblin’, Waking’ Blues, I’m Your Hoochie Coochie Man and Louisiana Blues.

We’re on a blues roll this week! The Electric Church: A Blues Playlist features 77 classic and modern blues songs and runs 5 hours and 12 minutes – perfect for the weekend!

Songs include: Electric Church Red House by Jimi Hendrix, A Few Good Years by Buddy Guy, Hard Row by The Black Keys, That’s All by Sister Rosetta Tharpe, Champagne & Reefer by Muddy Waters, Back Door Man by Howlin’ Wolf, Where Did You Sleep Last Night by Lead Belly, Cross Road by Robert Johnson and Miss Martha King by B. B. King.

The Road Not Taken by Robert Frost

Wynken, Blynken And Nod by Donovan

At The End Of The Day by Van Morrison

The Healing Game by Van Morrison

Darkness Meets The Day by Head For The Hills

Say Your Mind by Head For The Hills

How Will I Know by Rachel Wammack

She Shot Me Down by John Lee Hooker