Dumplin’ is the soundtrack to the 2018 movie of the same name which chronicles the coming of age of a young Willowdean “Dumplin” Dickson.

Dolly Parton appears in the film and recorded the song on the soundtrack. She is joined by a great group of guest artists including: Mavis Staples, Elle King and Alison Krauss.

Songs on the LP, with guest artists, include: Here I Am with Sia, Holdin’ On To You with Elle King, Dumb Blond with Miranda Lambert, Here You Come Again with Will Almai, If We Don’t with Alison Krauss and Two Doors Down with Macy Gray & Dorothy. 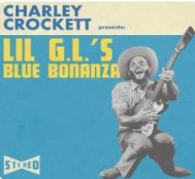 Roots rocker Charley Crockett grew-up in Los Fresnos, Texas and is a distant relative of the famous Davy Crokett. Crockett is backed by a smooth playing, well-schooled band for this his sophomore effort. The record features a great collection of songs including: Good Time Charley’s Got The Blues, A Dime At A Time, T-Bone Shuffle, Bright Lights Big City and Lots Of Luck.

The Delvon Lamarr Organ Trio is a contemporary jazz band based in Seattle. They incorporate elements of funk into their free flowing improvisational based music. The trio features Jimmy James on guitar, David McGraw on drums and Delvon Lamarr on Hammond B-3 organ.

This LP was recorded live at the Little London Plane Upstream Music Festival in Seattle on May 13, 2017. Songs in the set include: Move On Up, Memphis, I Don’t Want To Play, South Leo St. Stomp and Concussion.

Native Sons was the first album by roots rockers the Long Riders. The Long Riders style can be described as folk rock with country and punk overtones. This LP put the group on the map and includes the songs: Final Wild Son, Fair Game, Sweet Mental Revenge and Ivory Tower.

And if you like the jangly Rickenbacker guitar sound – check this album out!

I stumbled across this album, in the Freegal Music Catalog, while doing research for this blog posting. And after I discovered the album, I searched online for information on the folk musician Will Melville; and I didn’t find much information. I can’t tell you where he was born or where he lives now. But I do know this EP sounds great and is his first release! The album features seven modern folk tunes including: Louise, First year, Text You, News Feed and 52 Delaware. 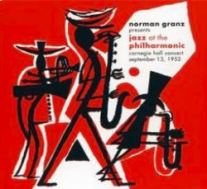 This classic concert features 27 songs, was recorded at Carnegie Hall on September 13, 1952 and it features a variety of classic jazz artists including: The Gene Krupa Trio, Buddy Rich, Billie Holiday, the Oscar Peterson Trio and of course, the Jazz at the Philharmonic All Stars.

This is a cool 72 song collection of acoustic blues songs from the twenties and thirties taken from the original 78s.

Songs include: That’s What I Like About You by Jack Teagarden, I Like You by Sol Hoopli’s Novelty Quartet, Wait For Me by Harold & Hazel, Sweet Mama Blues by Dallas String Band, Under A Texas Moon by King Nawahi’S Hawaiians, Carless Love by Slim Barton & Eddie Mapp and I’ve Been Blue Ever Since You Went Away by Charlie McCoy.

Here I Am by Dolly Parton:

That’s How I Got To Memphis by Charley Crockett:

Mr. Tambourine Man by The Byrds:

Louise by Will Melville:

That’s What I Like About You by Jack Teagarden:

(NOTE: There is one section of this video college that has very no sound – at about 14 minutes in, while you’re watching clips from Rudolph’s Shiny New Year, the rest of video sounds fine and is fun!)

Louise EP by Will Melville, https://willmelville.bandcamp.com/releases