Hi everyone, here are our lucky seven musical suggestions for the week; five streaming suggestions and two albums on CD.

(Click on the photo of the albums to stream them or, in the case of CDs, put them on hold.)

“Livin’ with the Blues”(1959) by Barbara Dane with Earl Hines and His Orchestra Plus “On My Way” With Kenny Whitson Quartet (Genre: Vocals, Jazz, Blues):

Barbara Dane, singer, activist, and founder of Paredon Records (now taken over by Smithsonian Folkways), was born in 1929 and is still an active performer today. This LP was released in 1964 and includes original tunes as well as songs by Willie Dixon, Tampa Red and Ma Rainey.

Songs in the collection include: Livin’ With The Blues, How Long, How Long Blues, If I Could Be With You, In The Evenin’ and Why Don’t You Do Right. 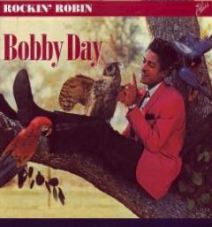 A Los Angeles based singer-songwriter and rock and doo wop pioneer, Bobby Day wrote and sang three hits that have been covered by multiple artists down the years; Little Bitty Pretty One, Rockin’ Robin and Over And Over. This collection offers us a listen to his greatest hits – harkening back to the fifties!

Songs in the collection include: Rockin’ Robin, Over And Over, Little Bitty Pretty One, Come Seven, Saving My Life For You, When The Swallows Come and Beep Beep Beep. 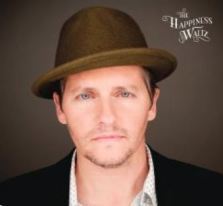 AllMusic offers a succinct and apt overview of this Rouse by noting he is a “critically acclaimed indie singer/songwriter who has embraced rootsy country and soulful pop, all with observant lyrics and touching songs.” I concur with that assessment and would add to this listener’s ears his music is more modern folk than pop or country.

Songs on this 2013 release include: Simple Pleasure, It’s Good To Have You, A Lot Like Magic, Start Up A Family and The Western Isles.

This is an interesting experimental album from 1968. If you’re a fan of experimental rock, especially that made in the sixties, you should check this LP out.

Here’s a solid description of the album from the Massachusetts based Forced Exposure Mail Order music company:

This New York-based duo released their one and only LP in 1968 on Columbia Masterworks, just months after Frank Zappa released Lumpy Gravy in California. Although the TWO projects have some superficial similarity in structure, it would seem that this later LP must have been made (at least largely), without any knowledge of the Zappa masterpiece. Another morphogenetic reference point might be the first LP by The United States Of America, which also dates from 1968. Originally released simultaneously with Terry Riley’s In C and Wendy Carlos’ Switched on Bach, this new edition of Marks and Lebzelter’s complex, 50-minute heady mix of spoken-word, electronics and experimental psychedelia is taken from the master tapes and consists of a suite of 13 tracks. Where Lumpy Gravy uses orchestral settings, here we have a combination of theatrical text and sung vocals by the Gregg Smith Singers, and on one track, a full Baptist gospel choir praising the virtues of baked beans. The core of this album though, stems from interviews conducted by J Marks for his book, also called Rock and Other Four Letter Words (essentially a book of photos by Linda Eastman, soon-to-be McCartney, with quotes from many of the leading U.S. and UK rock bands of the time).

Included on this LP are numerous cut up and processed excerpts of these interviews with many young rock stars including Pete Townshend, Jimmy Page, Brian Wilson, Grace Slick, etc. Add to this concoction dense arrangements of tape loops, psychedelic rock, electronics and a huge guest list of contributors including jazz players Alan Silva, Andrew Cyrille, Roswell Rudd and Burton Greene, and the scope of this project begins to be seen. It’s hard to believe this is their first time in a studio, such is their confident musicality and bold handling of these varied talents. No doubt much of this is due to the helping hand of the in-house engineers and John McClure who produced this, along with 100s of other recordings at CBS, including the Harry Partch records. After this album Lebzelter (1942 – 1986) went on to found The Trees Community, who released a legendary Christian folk album in 1975. Marks (1930 – 2001) subsequently changed his name in the early ’70s to Jamake Highwater, which is how he is best remembered; writing books, making documentaries and setting up his own foundation for Indian art and culture.

Songs on the LP include: This Is The Word, It’s True, Eine Kleine Hayakawa & Do You Understand What I’m Trying To Say?

The new release by the Toronto based Jazz saxophonist.

Songs on the album include: The Golden Fool, Team Of Rivals, His Quiet Determination, Etcetera and Character Study. 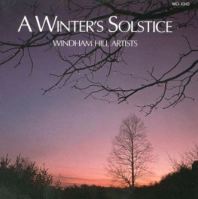 A classic collection of winter music by Windham Hill artists. Songs in the set include: New England Morning by William Ackerman, Bach Bouree by Liz Story, A Tale Of Two Cities by Mark Isham & Engravings II by Stein and Russel Walder. 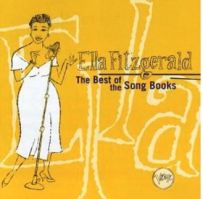 A three disc collection of Ella’s music – in essence the greatest hits of a larger 16 disc collection titled “Ella’s Complete Songs Books;” songs in the set include: Love Is Here To Stay, Bewitched, The Lady Is A Tramp, I Got It Bad (And That Ain’t Good), Between The Devil And The Deep Blue Sea and Oh, Lady Be Good!

Livin’ With The blues by Barbara Dane:

The Happiness Waltz by Josh Rouse:

The Freegal service offers library card holders the option to download, and keep, three free songs per week and to stream three hours of commercial free music each day.