For our August Did You Know posting, I’m changing our format just a little bit and to make for smoother reading – all the recommend DVDs and books are listed at the end of the posting!

So, without further ado!

Did You Know… Colm Meaney

You may recognize Colm Meaney as the actor behind the character Miles O’Brien in the TV series Star Trek: The Next Generation.

But Did You Know…

Meaney first appeared in the very first episode of Star Trek The Next Generation,  season one’s Encounter at Farpoint (1987)?

In that very first ST: TNG episode Meaney portrayed an unnamed transporter officer. But his character went on to become a recurring one and was given a name and position – Transporter Chief Miles O’Brien. Eventually, the character was given more screen time and became more of regular cast member than a recurring one. In fact, several episodes of the series featured storylines that focus on Miles and his family including: “Data Day” from season 4 during which Miles marries his fiancée Keiko Ishikawa (Rosalind Chao) (Season 4, Episode 11) and “Disaster” from season 5 during which we see Keiko, with Worf’s help, giving birth to their daughter Molly (Season 5, Episode 5).

Colm Meaney went on to appear in 52 episodes of Star Trek: TNG from the first one to the last – season seven’s All Good Things (1994).

But that is not the end of Colm Meaney’s Star Trek story!

He had a starring role in the third Star Trek series – Deep Space Nine.

And if you’re a major league Star Trek fan and already know all this, skip down to the next Did You Know section which focuses on some of Colm Meaney’s fun guest roles on a variety of TV series.

In the Star Trek universe, after the events chronicled in the last ST: TNG episode, Colm Meaney’s Miles O’Brien got a promotion and transferred, with his family, from The Enterprise D to the space station Deep Space Nine, where he took up a new role as Chief of Operations. And of course, Meaney as a starring member of the cast of DS9 appeared in all 179 episodes of the series.

And boy, was Chief Miles O’Brien busy during those seven years! During that time, Miles gained a new best friend in Dr. Julian Bashir (holodeck adventures anyone?), he and Keiko welcomed a son, Kirayoshi (The Begotten, Season 5, Episode 12), Miles got captured by the local bad guys the Dominion (Armageddon Game, Season 2, Episode 13), and even had a challenging series of temporal mechanic (time travel) experiences which he had to overcome in order to survive (Visionary, Season 3, Episode 17).

So we can certainly say Miles O’Brien had quite an adventure serving on Deep Space Nine for seven years! Before, and you knew this was coming, in the last episode of the series, Miles is offered a new job – as an engineering professor at Star Fleet Academy! So Miles and his family move back to Earth. Hmm, a professor at Star Fleet Academy – that sounds like the basis for another great Star Trek TV series!

And getting off of the praise Star Trek soap-box,  Colm Meaney has done great work in other non-Star Trek movies and TV shows too, so moving on to those…

Colm Meaney has appeared in many, many TV series over the years?

He’s been a most prolific actor and appeared in episodes of Moonlighting, Remington Steele, Tales From The Dark Side, MacGyver, the Father Dowling Mysteries and even Dr. Quinn, Medicine Woman*

That Colm Meaney starred in the AMC series Hell on Wheels?

Meaney portrayed Thomas “Doc” Durant in the series. And if you’re not familiar with it, Hell on Wheels, which ran on AMC, offers a fictionalized account of the people who built the First Transcendental Railroad from 1865 to 1869. And “the people” included those doing the manual labor to build the railroad and, all the people that gathered in their mobile encampment (the Hell on Wheels of the title), which included mercenaries, surveyors and prostitutes – a colorful cast of characters to be sure!

The series started out by focusing on Cullen Bohannon (Anson Mount), the foreman and chief engineer for the railroad. Bohannon was a former Confederate soldier on a mission to track down the Union soldiers that murdered his family during the Civil War.  The series branched out from there while still following Bohannon’s story until the completion of the railroad.

And in addition to Meaney and Mount, the main Hell on Wheels cast included:

“Common as Elam Ferguson, a recently freed slave who is trying to find his place in the world. He works as security and general assistant to Bohannon.

Dominique McElligott as Lily Bell, a recent widow; her husband was a surveyor working on the transcontinental rail project.

Tom Noonan as Reverend Nathaniel Cole, a minister who formerly participated in Bleeding Kansas prior to the Civil War; he is sick of the slaughter and wants to help the whites and Indians avoid another war.

Eddie Spears as Joseph Black Moon, a Cheyenne who must choose between the new world and the traditions of his ancestors.

Ben Esler as Seán McGinnes, an ambitious young Irishman looking to make his fortune in the West.

Phil Burke as Mickey McGinnes, Sean’s brother, who has travelled with Seán to America.

Christopher Heyerdahl as Thor Gundersen, Durant’s head of security. He is known as “The Swede”, even though he is Norwegian.

Robin McLeavy as Eva, a woman with a prominent chin-tattoo given to her while in the captivity of Indians. She initially supports herself by working in the Hell on Wheels brothel.

Kasha Kropinski as Ruth Cole, Reverend Cole’s abandoned daughter and the heir to his church.

Dohn Norwood as Psalms Jackson, a freed former slave and criminal, whose prison sentence has been purchased by the railroad.

Jennifer Ferrin as Louise Ellison, a smart, witty, and flirtatious journalist hired by the New York Tribune to cover the “story of the century”.

Siobhan Williams portrayed Naomi in a recurring role in the third season.

Byron Mann as Chang, supplier for the Chinese workers for not only shops but also the opium dens and brothels.

Reg Rogers as James Strobridge, a worker for the Central Pacific Railroad.

Angela Zhou as Mei/Fong, a Chinese railroad worker for the Central Pacific Railroad.

Chelah Horsdal as Maggie Palmer, a prominent businesswoman in Cheyenne and an investor in the Union Pacific Railroad.” – Wikipedia

Hell on Wheels is certainly a binge-able series – if you like history and drama, check it out!

And switching focus from TV to film –

Colm Meaney has also appeared on the big screen in many roles including: Die Hard 2, Dick Tracy, Under Siege, The Last of the Mohicans, The Englishman Who Went Up a Hill But Came Down a Mountain, A Belfast Story, Mystery, Alaska and the forthcoming Tolkien (2018)*.

Having said that, three of the movies he’s appeared in are part of a trilogy and that is our last did you know of the month…

That Colm Meaney was the only actor to appear in all three film versions of Roddy Doyle’s Barryton Trilogy?

The films, The Commitments, The Snapper and The Van, focus on various members of the Dublin based Rabbitte family.

The first film, The Commitments, is the best known in the U.S. and it focuses on James “Jimmy” Rabbitte, Jr. and his efforts to form an soul band in the tradition of American sixties soul groups.

The second film, The Snapper, focuses on the unplanned pregnancy of eldest Rabbitte daughter Sharon and her challenges leading up to the birth of her daughter Gina.

And the third film, The Van, focuses on Colm Meaney’s Jimmy Rabbitte Senior who loses his job and then, with his friend Bimbo, becomes the co-owner of a decrepit fish and chips truck and tries to make a go of it – all during the 1990 World Cup series.

A word to the wise on the Barryton Trilogy series, the films are great fun – and the acting top-notch – however, the language is somewhat salty so those who dislike salty language – be advised!

And of course, if you like the movies of the Barryton Trilogy, you should check out the books as they are very good too!

Star Trek: The Next Generation, Season 1

Star Trek: The Next Generation, Season 2 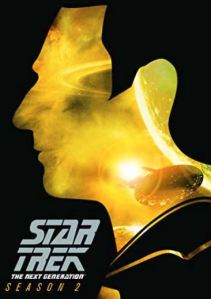 Star Trek: The Next Generation, Season 3 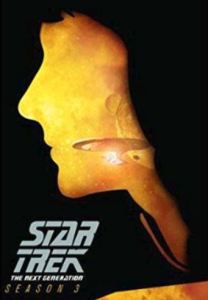 Star Trek: The Next Generation, Season 4

Star Trek: The Next Generation, Season 5 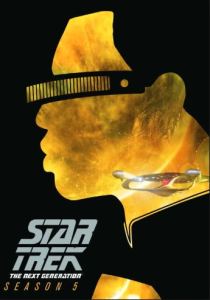 Star Trek: The Next Generation, Season 6 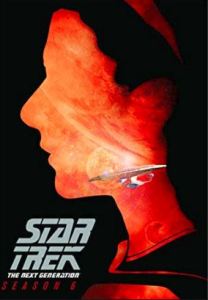 Star Trek: The Next Generation, Season 7 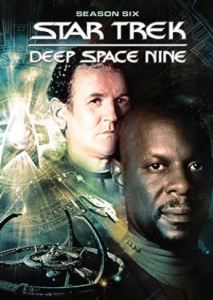 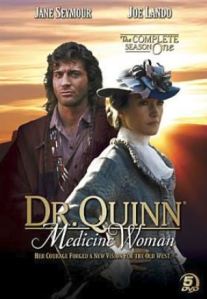 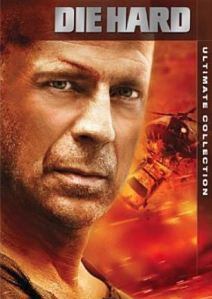 Four Film Collection starring Steven Seagal – Meaney appears Under Siege which is a double feature on the disc that also contains the film Glimmer Man: 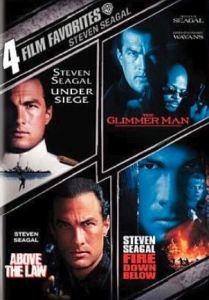 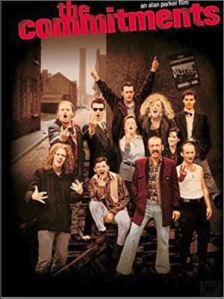 The Barryton Trilogy (The Commitments, The Snapper & The Van) by Roddy Doyle

Tales From The Dark Side, Season 4 (guest starring Colm Meaney in Episode 1 – Beetles)

Tales From The Dark Side (Season 4, Episode 1 – Beetles)

Dick Tracy (as a cop)

Have a great month!