One of the duo’s classic albums, Private Eyes includes the songs: Private Eyes, Looking for a Good Sign, I Can’t Go for That (No Can Do), Did It in a Minute, Friday Let Me Down and Tell Me What You Want. 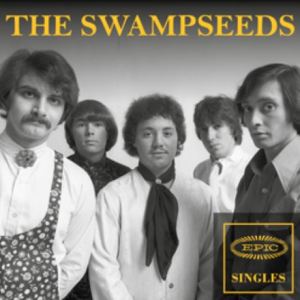 The Swampseeds were from New Jersey and originally consisted of Dennis Ferrante on vocals, Richard LePage on organ, Eddie Leonetti on bass, Tommy Brannick on drums and Jack Santoro on lead guitar.

The group recorded a number of singles that have that cool late sixties rock sound to them but the group broke up before they were able to record an album. This LP features all their singles and was released at the end of last year. Songs on the LP include: Can I Carry Your Ballon, Coney Island Parade, Love Is On The Way, Plastic Man and Can I Help You.

Gunhill Road was rock group, that according to the Billboard Book of Top 40 Hits, included Glenn Leopold, Steven Goldrich and Gil Roman.

The band recorded one self-titled album – Gunhill Road, which the AllMusic review describes as a “collection of mellow introspective pop songs” with one novelty hit – the tune “Back When My Hair Was Short” which was released in June 1973.

Other songs on the album include: Sailing, 42nd Street, Mr. Keyboards, She Made a Man Out of Me, Callin’ Atlanta and We Can’t Ride This Roller Coaster Anymore.

This is a fun album check it out!

This 2012 Donald Fagen album may not officially be a Steely Dan LP but it nevertheless has that same cool jazz-pop feel to it.

Songs on the LP include: Slinky Thing, I’m Not the Same Without You, Weather in My Head, Out of the Ghetto and Miss Marlene.

This is a perfect album to stream on a wintery January weekend!

Can I Carry Your Balloon by The Swampseeds

Back When My Hair Was Short by Gunhill Road

I’m Not The Same Without You by Donald Fagen