Hi everyone, for your listening pleasure, here are our six suggested albums for the week; a baker’s five streaming albums and one album on CD. 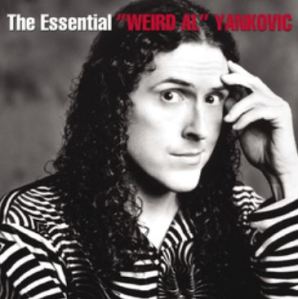 Weird Al Yankovic was born in California in 1959, was a huge fan of radio personality Dr. Demento and, in the 1980s, launched a very successful career of playing paradoies of pop culture songs and complimentary parody videos which got great play on MTV>

His hits, and their inspiration song, include: Another One Rides the Bus (Another One Bites the Dust – Queen), Ricky (Mikey – Toni Basil), Eat It (Beat It – Michael Jackson), King of Suede (King of Pain – Police), I Lost On Jeopardy (Jeopardy – Greg Kihn Band) and Smells Like Nirvana (Smells Like Teen Spirit – Nirvana)

Little Queen (1977) is the follow up album to the wildly popular 1976 album Dreamboat Annie, and features sisters Ann and Nancy Wilson at the height of their musical powers. They play with gusto on the LP and also co-wrote all the songs on the LP.

This is album full of great music including the songs: Barracuda, Kick It Out, Little Queen, the Love Alive and Cry To Me.

Singer-songwriter Justin Furstenfeld is best known as the leader of the Texas band Blue October and I’ll admit I’d never heard of him before doing the research for this posting – there is something of a Cat Steven sound to his voice and this album features 19 sparse, acoustic and emotional songs including: Italian Radio, Amnesia, Ugly Side, Into the Ocean, We Know Where You Go and Home.

We Got A Good Thing Going by Hank Crawford (1972) (Genre: Jazz, Easy Listening)

Hank Crawford was a talented blues and jazz saxophonists who first stepped in the national lime light as a member of Ray Charles’s band.

He released many solo albums from 1960 to 2007, and this one, released in 1972, was one of his best. This is a great album to relax and unwind to or to have playing in the background during dinner.

Songs on the album include: We’ve Got a Good Thing Going, The Christmas Song, Alone Again (Naturally), I’m Just a Lucky so and So, Winter Wonderland, Dirt Dobbler and Betcha By Golly Wow.

Songs on the LP include: You Couldn’t Be Cuter, The Wassail Song/All Through the Night, A Christmas Jig, The Wexford Carol, Improvisation on “Dona nobis pacem,” My Favorite Things, This Little Light of Mine and Happy Christmas (War Is Over). 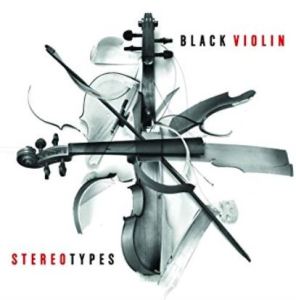 Black Violin is a duo consisting of violinist Kevin Sylvester (“Kev Marcus) and violist Wilner Baptiste (“Will B”).

Stereotypes is their second LP and features a cool blend of musical styles — if you like classical music and modern pop you should check it out.

Songs on the LP include: Stereotypes, Invisible, Another Chance, Addiction, Send Me A Sign, Walk On By and Magic.

Kick It Out by Heart

I Want It by Justin Furstenfeld

We’ve Got A Good Thing Going by Hank Crawford:

Dona Nobis Pacem by  Yo Yo Ma