Here are our three recommended non-fiction DVDs for this week!

The Joy of Mathematics (The Great Courses): 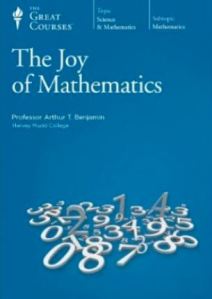 Description: Ready to exercise those brain cells? These 24 lectures celebrate the sheer joy of mathematics, taught by a mathematician who is literally a magician with numbers. Throughout these lectures, award-winning professor Arthur T. Benjamin shows how the beautiful and often imposing edifice that has given us algebra, geometry, trigonometry, calculus, probability, and so much else is based on nothing more than fooling around with numbers.

Combining entertaining number tricks with the deeper properties of mathematics, Professor Benjamin introduces you to prime numbers, Fibonacci numbers, and infinite series. You’ll investigate the powerful techniques for manipulating numbers using algebra, geometry, trigonometry, calculus, and probability in lectures that may hark back to subjects you studied in high school and college. And you’ll find these lectures both a useful refresher and a bird’s-eye view of the most important areas of mathematics. These lectures are especially well suited for: anyone attracted by the promise of a joyful attitude to an often-imposing subject; anyone for whom high school and college math courses are a distant memory; anyone now taking math who would like a big-picture perspective on the major areas of the field; and budding math mavens who love numbers and the magic that can be done with them.

Be prepared to encounter strange equations, novel ways of thinking, and symbols and computational methods that may be new to you. But also prepare to sharpen your wits in ways you never thought possible.

The Darwinian Revolution (The Great Courses): 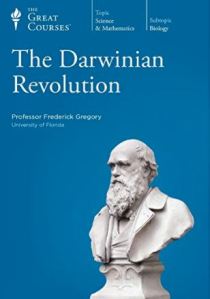 Description: Published 150 years ago, Charles Darwin’s On the Origin of Species – the text that introduced the world to natural selection – is among a handful of books that have changed the world. But the route to that status has been surprisingly circuitous and uncertain. Darwin’s profoundly revolutionary message has often been misunderstood, as have his own views on evolution, the intellectual background that led to them, and the turbulent history of their reception.

Now, in 24 absorbing lectures by an award-winning teacher, you learn the remarkable story of Darwin’s ideas, how scientists and religious leaders reacted to them, and the sea change in human thought that resulted. You’ll learn how Darwin arrived at his theory of natural selection-the idea that those members of a species best equipped to survive will tend to outlast others, thus changing the species over time-very slowly and cautiously. For he was all too aware of the intellectual dynamite inherent in its implication of no divine intervention being necessary for a rich diversity of life forms on earth. And you’ll see how Darwin worked out the details of his theory not only by building on both his own observations and the insights of others, but also through amazing leaps in the face of apparently contrary evidence. You’ll also see how the firestorm of religious criticism Darwin’s theory faced has scarcely subsided to this day, with Professor Gregory bringing this controversy up to date by carefully examining the claims of intelligent design, the latest and most sophisticated attempt to challenge Darwin on religious grounds. 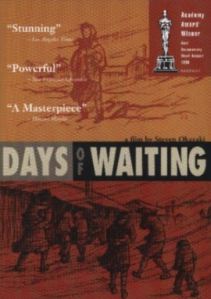 Description: DAYS OF WAITING is a poignant documentary about an extraordinary woman, artist Estelle Ishigo, one of the few Caucasians to be interned with 110,000 Japanese Americans in 1942. When internment came, she refused to be separated from her Japanese American husband and lived with him for four years behind barbed wire in the desolate Heart Mountain camp in Wyoming. During her internment, the artist recorded the rigors and deprivations of camp life with unusual insight, her sketches and watercolors forming a moving portrait of the lives of the internees, the struggle to keep their health, dignity and hope alive. –Peter Stack, San Francisco Chronicle

Have a great weekend and don’t forget this Saturday, December 9, 2017 – the library is closed for cleaning.