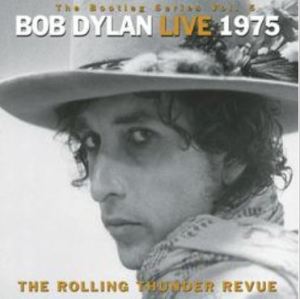 This set features material from Bob Dylan’s famous 1975 tour. Joan Baez and Roger McGuinn appear on this set and it features his 1975 interpretations of some of his classic songs including: A Hard Rain’s A-Gonna Fall, Mr. Tambourine Man, Blowin’ in the Wind (with Baez), It’s All over Now, Tangled Up in Blue and Knockin’ on Heaven’s Door (with McGuinn)

Featuring the late Roy Orbison on vocals backed by the Royal Philharmonic Orchestra and featuring Roy Orbison Jr. on guitar and Alex Orbison on drums this 2017 release is sure to please any Roy Orbison fan!

Songs on the LP include: Oh, Pretty Woman, In Dreams, Blue Angel, Uptown, I Drove All Knight and Mean Woman Blues.

Originally from California singer/songwriter Gregory Porter moved to Brooklyn in his youth to pursue a career in music. He is a huge fan of Nat King Cole and you can hear that influence in his music.  Be Good is his second album original released in 2012.

Songs on the album include: On My Way to Harlem, Painted on Canvas, When Did You Learn & Our Love.

Ballerini hails from Knoxville, Tennessee and today hails from Nashville. Unapologetically is her new album and features the songs: Kiss Me More, Get Over Yourself, High School and Legends.

5. Leftover Live And Beyond by Kansas:

This album by the classic rock group Kansas, was released November 3, 2017. The album features the band in concert playing the entire Leftoverture LP live and also includes some of their classic hits.

Songs on the LP include: Dust in the Wind, Rhythm in the Spirit, Voyage of Eight Eighteen, Carry On Wayward Son & What’s On My Mind.

CD Suggestion of the Week: 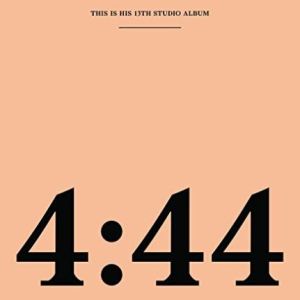 Iconic rapper Jay-Z grew up in New York City and launched his career during the rap boom of the early nineteen nineties. 4:44 is his 2017 release and includes the songs: The Story of O.J., Smile, Caught Their Eyes, 4:44 and Family Feud.

Streaming Videos of the Week:

Sara by Bob Dylan with the Rolling Thunder Review:

I Drove All Night by Roy Orbison and The Royal Philharmonic Orchestra:

Be Good by Gregory Porter:

Icarus (Borne On Wings Of Steel) by Kansas: