Hi everyone, here are our suggested daily recommended titles in print or media and digital formats.

Kelsier recruited the underworld’s elite, the smartest and most trustworthy allomancers, each of whom shares one of his many powers, and all of whom relish a high-stakes challenge. Only then does he reveal his ultimate dream, not just the greatest heist in history, but the downfall of the divine despot.

But even with the best criminal crew ever assembled, Kel’s plan looks more like the ultimate long shot, until luck brings a ragged girl named Vin into his life. Like him, she’s a half-Skaa orphan, but she’s lived a much harsher life. Vin has learned to expect betrayal from everyone she meets, and gotten it. She will have to learn to trust, if Kel is to help her master powers of which she never dreamed.

This saga dares to ask a simple question: What if the hero of prophecy fails?

And our suggested print book for the day is:

The Genius of Plague by David Walton:

THE CONTAGION IS IN YOUR MIND

In this science fiction thriller, brothers are pitted against each other as a pandemic threatens to destabilize world governments by exerting a subtle mind control over survivors.

Neil Johns has just started his dream job as a code breaker in the NSA when his brother, Paul, a mycologist, goes missing on a trip to collect samples in the Amazon jungle. Paul returns with a gap in his memory and a fungal infection that almost kills him. But once he recuperates, he has enhanced communication, memory, and pattern recognition. Meanwhile, something is happening in South America; others, like Paul, have also fallen ill and recovered with abilities they didn’t have before.

But that’s not the only pattern–the survivors, from entire remote Brazilian tribes to American tourists, all seem to be working toward a common, and deadly, goal. Neil soon uncovers a secret and unexplained alliance between governments that have traditionally been enemies. Meanwhile Paul becomes increasingly secretive and erratic.

Paul sees the fungus as the next stage of human evolution, while Neil is convinced that it is driving its human hosts to destruction. Brother must oppose brother on an increasingly fraught international stage, with the stakes: the free will of every human on earth. Can humanity use this force for good, or are we becoming the pawns of an utterly alien intelligence? 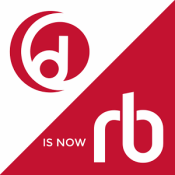