Drummer and Rock and Roll Hall of Fame inductee Hal Blaine is best known as a member of the influential group of studio musicians known as The Wrecking Crew. Blaine played on thousands of recording sessions in California in the 1960s and 1970s. This 1963 album is one of his few solo albums. The records contains 22 surf instrumentals with the sounds of hot rods interspersed throughout. It is a fun album and includes the songs: Challenger II, Nashville Coupe, Mr. Eliminator, Deuces, TS, Roadsters and Drums, Gear Stripper and Hawaii 1963. 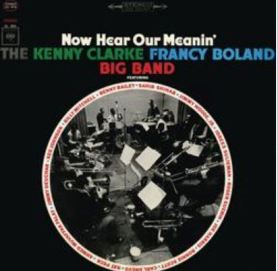 The Kenny Clarke-Francy Boland Band features a combination of great Jazz musicians that played in Europe during the sixties. The group, which produced great swinging jazz, usually recorded in Cologne, Germany. This is their third album from 1965 and it features Kenny Clarke on drums, Francy Boland on piano, Sahib Shihab on flute and baritone sax and Ake Persson on trombone.

Songs on the LP include: Johnny One Note, Night Lady, I’m Scared of Girls When They’re Good Looking, A Ball for Othello, Sabbath Message and Now Hear My Meanin’

The Reverend Gary Davis’s finger style guitar playing has had a great impact on the evolution of folk and rock finger style guitar playing since his the blues revival of the 1960s. This is his third album, originally released in 1960, is considered one of his best and was recorded in only three hours! This version of the LP is the bonus edition which features 8 extra songs.

Songs on the album include: Samson and Delilah, Let Us Get Together, I Belong to the Band, Pure Religion, Lo, I Be With You Always and Motherless Children. 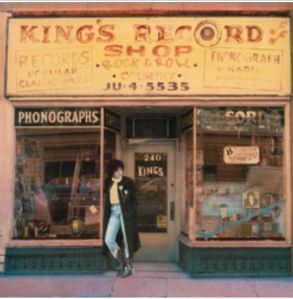 This now classic album by Rosanne Cash was originally released in 1987. The album features her usual excellent work, songwriting wise and playing wise, with great musicians providing backup, Rosanne singing in top form and some excellent back up from other well-known musicians including Patty Smith and Steve Winwood.

Songs include: the empowering tune Rosie Strikes Back, The Way We Make a Broken Heart, If You Change Your Mind, The Real Me and Somewhere Sometime.

And just a note on Rosanne’s music, if you’re not familiar with it – it is generally categorized as country but she is one of those artists who rises above genre categories – she mixes country, folk, pop and rock with a bit of blues thrown in for good measure so easily, that if country isn’t usually your favorite type of music and you instead prefer pop, rock or folk music and you haven’t previously listened to Rosanne Cash’s music before – you really should check it out as it is top notch!

This is the brand new albumby the renowned cellist Yo-Yo Ma and pianist Emanuel Ax. Ma and Ax are joined by violist Leonidas Kavakos for this album of Brahms Piano Trios.

The Carolina Chocolate Drops were a string band consisting of Rhiannon Giddens on banjo and fiddle, Don Glemons on guitar, jug and harmonica and Justin Robinson on banjo and fiddle. Giddens has since gone solo to great acclaim. This album was recorded at the 2008’s MerleFest held in Wilkesboro, North Carolina and features the then 90 year old fiddler Joe Thompson.

Songs on this album include: Dona Got a Ramblin’ Mind, Corn Bread & Butter Beans, John Henry and Goin’ Down the Road Feeling Bad.

Manteca by The Kenny Clarke Band

Brahms Piano Trio No. 3 in C Minor – Movement I (excerpt)

Brahms Piano Trio No. 1 in B Major – Movement I (excerpt)