The Genius Of The Electric Guitar by Charlie Christian:

This collection features the seminal work of early electric guitarist Charlie Christian. Christian died tragically young of tuberculous in 1942 at age 25; but not before recording some great music with Benny Goodman’s band. In an age when popular music was dominated by horns, Christian was one of the first guitarists to bring the new electrified guitar to the front and center of the stage and recording studio.

This is an outstanding collection featuring all of Christian’s best recordings including Flying Home, Rose Room, Memories of You, AC-DC Current, Gone with the Wind, Lester’s Dream & Wholly Cats. Guest musicians that appear on this collection are a variable who’s who of Jazz/Swing greats of the time including Count Basie, Lionel Hampton, Gene Krupa, Jack Teagarden, Fletcher Henderson and Benny Carter. Check it out!

Here’s a link to stream the Charlie Christian collection:

This Columbia Records collection features songs recorded by the yodeling country music pioneer from 1927 to 1933. Rodgers was an extremely talented individual who was one of the first country singers to sing of the hard working life laborers experienced in the early twentieth century. Rodgers was a hard working laborer himself. He spent a number of years working as a break man on the railroads; so when he sang about gamblers, ramblers, bounders and rounders, as his AllMusic biography states – he knew of what he sang! And I had to look up definitions for the early twentieth century words “bounders” and “rounders;” as I had never heard them before! The former term describes a dishonorable man and the later a drunken man. Rodgers, like Charlie Christian, died young of tuberculosis; but he left behind wonderful recordings that not only influenced country musicians for decades after his passing, but that also, like Woody Guthrie’s music, captured what life was like for poor working class Americans in the early twentieth century.

Here’s a link to stream the Jimmie Rodgers collection: 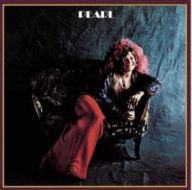 This 1971 release shows the gritty classic rock singer Joplin at her finest. It is regarded by many critics as her second masterpiece, after her 1968 debut Cheap Thrills. Songs include: Move Over, Cry Baby, A Woman Left Lonely, Half Moon, Buried Alive in the Blues, Me and Bobby McGee & Mercedes Benz.

Here’s a link to stream Pearl:

The Search for Everything by John Mayer:

Popular singer-songwriter & excellent guitarist John Mayer released his first album Room for Squares in 2001. On that first album, Mayer concentrated on producing thoughtful acoustic folk-rock music. Since then, he has emerged as a talented guitarist and branched out to record music that includes blues and jazz elements. The Search for Everything is his new album and features the songs: Still Feel Like Your Man, Emoji of a Wave, Love on the Weekend, In the Blood, Changing, Moving On and Getting Over and Rosie.

Here’s a link to stream The Search for Everything:

Fumbling Towards Ecstasy by Sarah McLachlan:

Talnted singer-songwriter Sarah McLachlan released her first album, Touch, in 1989. 1993’s critically acclaimed Fumbling Towards Ecstasy was her third album and is considered a classic. Songs include: Possession, Good Enough, Elsewhere, Hold On, Fear and the title track – Fumbling with Ecstasy.

Here’s a link to stream the LP Fumbling Towards Ecstasy:

CD Suggestion of the Week: 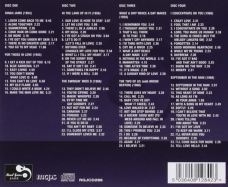 This set contains eight albums from the wonderful singer including: Dinah Jams, For Those in Love, In the Land of Hi-Fi, The Swinging Miss D, What a Difference a Day Makes, The Two of Us (With Brook Benton), I Concentrate on You, September in the Rain, Summertime, Come Rain or Come Shine, There’ll Be A Jubilee, On The Sunny Side of the Street and many more.

Here’s a link to request the Dinah Washington collection on CD:

Stompin’ at the Savoy

Waiting for a Train

Don’t Let Me Down

Cry Me A River

What a Difference A Day Makes