Hi everyone, this week we’re concluding our cliff notes look and listen at the music of the American rock bands that came to prominence just after the Beatles appearances on the Ed Sullivan Shown in 1964 .

This week our three groups are: The Bobby Fuller Four, Mitch Ryder & The Detroit Wheels and Tommy James & The Shondells.

And just as reminder, each weekly recommended music posting features the following sections:

I. Links To AllMusic Biographies Of The Weekly Artists/Groups

III. Compact Discs Of The Artists/Groups Of The Week

IV. Videos Of The Artists/Groups Of The Week

V. Books Related To The Artists/Groups of The Week

VI. References (for those who’d like to know a bit more about the artists of the week).

I. Links To AllMusic Biographies Of The Weekly Artists/Groups:

The Freegal Music Catalog homepage will display — it looks like this: 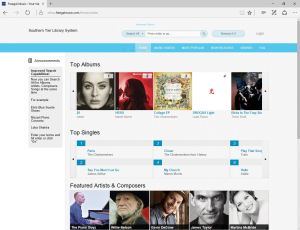 The Freegal Music app can be found in your app store and it looks like this:

The Bobby Fuller Four: Bobby Fuller was born on October 22, 1942 in Baytown, Texas. Fuller was a huge fan of both Buddy Holly and British Invasion rock and you can hear those influences in the The Fuller Four’s playing – they played enthusiastically up-tempo classic rock. In addition to singer-songwriter and guitarist Bobby Fuller, the Fuller Four band included Bobby’s brother Randy Fuller on bass, Jim Reese on guitar and DeWayne Quirico on drums.

The group recorded two albums in the mid-sixties, KRLA King of the Wheels & I Fought the Law and had a huge hit with the title track from their second main stream album, I Fought The Law. But sadly, their success was short lived; as Bobby Fuller was mysteriously found dead in his car in Hollywood, California on July 18, 1966.

The band’s most notable songs include: I Fought The Law, California Sun, Another Sad and Lonely Night, Never To Be Forgotten and The Magic Touch.

You’ll have noted that I said, two paragraphs above, the I Fought The Law album was the second “main stream” album released by the Bobby Fuller Four…I used that terminology because the group recorded dozens of songs during the period 1960-1964 while still living in their home state of Texas, and before they moved to Los Angeles and broke into the big time with their first major label release the LP KRLA Kings of the Wheels.

The Freegal Music Catalog doesn’t feature either the KRLA LP nor the I Fought The Law LP; however, what it does features is cooler still — a collection of early recordings made by the band before the moved to L.A. including original versions of songs that later became hits for them including their top ten smash I Fought The Law. The collection is titled El Paso Rock: Early Recordings Volume 3, and  features 26 songs including the previously mentioned I Fought The Law, You Made Me Cry, Summertime Blues, She’s My Girl and California Sun.

Here’s a link to stream the album:
https://goo.gl/cf4SKZ

Mitch Ryder & The Detroit Wheels: Mitch Ryder, the driving force behind the group, pun intended, was born William Levise Jr. on February 26, 1945 in Hamtramk, Michigan. Ryder was a huge Rhythm & Blues fan and you can hear that influence in the gritty sound of his music. In the sixties he put together a backing band, The Detroit Wheels, that consisted of Jim McCarty and Joe Cubert on guitars, Early Elliott on bass and John Badanjek on drums. The group recorded for only a year and half before Ryder split from his back-up band and went solo but in that time they recorded four classic albums: Take A Ride (1964), Breakout…!!! (1966), What Now My Love (1967) and Sock It To Me (1967) and had several hits including: Jenny Takes A Ride!, Little Latin Lupe Lu, Devil With A Blue Dress On & Good Golly Miss Molly (medley), Sock It To Me-Baby and What Now My Love.

The Freegal Music Catalog doesn’t feature any of the original albums by Mitch Ryder and the Detroit Wheels; however, it does contain a Best of Mitch Ryder album that features an older Ryder singing his classic hits in a more mature, deeply felt style. The Best of LP features all the previously mentioned hits by Mitch and the Detroit Wheels sans the song What Now My Love.

Check it out – here’s the link to stream the LP:
https://goo.gl/MTZtLn

Tommy James & The Shondells: Singer-songwriter and guitarist Tommy James was born Thomas Jackson on April 29, 1947 in Dayton, Ohio. His sixties back-up band, the Shondells, featured Eddie Grey on guitar, Ronnie Rosman on organ, Mike Vale on bass and Pete Lucia on drums. The group released eight albums between 1966 and 1969 and then James went solo.

The band’s hits include: Hanky Panky, Say I Am, I Think We’re Alone Now, Mirage, I Like The Way, Mony Mony, Crimson And Clover, Sweet Cherry Wine and Crystal Blue Persuasion.

Here’s a link to stream the album: https://goo.gl/8RduRd

III. Compact Discs Of The Artists/Groups Of The Week:

KRLA King of the Wheels & I Fought The Law Double LP Set:

This 24 song set features the two break out albums recorded by The Bobby Fuller Four in Los Angeles. The LPs contain all their hits, some re-recorded in L.A. Songs in the set include: Fool of Love, Never to Be Forgotten, Another Sad and Lonely Night, Let Her Dance, I Fought The Law, Julie and Thunder Reef. 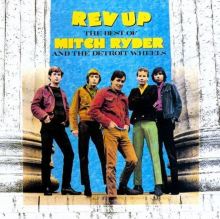 This greatest hits collection, released by the great Rhino Records, features all of the best known songs released by Mitch Ryder and the Detroit Wheels including: Jenny Takes A Ride,You Get Your Kicks, Snake A Tail Feather, Devil With The Blue Dress On/Good Golly Miss Molly & Sock It To Me, Baby!

Here’s a link to request the Rev Up CD through StarCat: https://goo.gl/dbKWwu 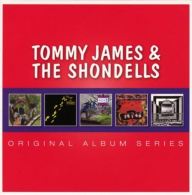 The Original Album Collection by Tommy James & The Shondells:

Here’s a link to StarCat to request the Original Album Collection: https://goo.gl/q4yqE5

IV. Videos Of The Artists/Groups Of The Week:

Let Her Dance & Another Sad & Lonely Night from the Shivaree! TV Show

I Fought The Law

Devil With A Blue Dress On

V. Books Related To The Artists/Groups of The Week: 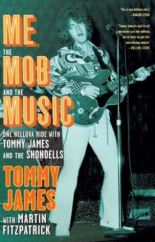 Me, the Mob, and the Music: One Helluva Ride with Tommy James & The Shondells by Tommy James and Martin Fitzpatrick
https://goo.gl/ZN9wWY