Hi everyone, this week we’re continuing our look at the sounds of the First British Invasion that roughly covered the time frame from February 1964 through May 1967.

And just as reminder, each weekly recommended music posting features the following sections:

Our artists for this week are The Dave Clark Five, The Hollies & The Zombies.

I. Links To AllMusic Biographies Of The Groups of The Week:

The Freegal Music Catalog homepage will display — it looks like this: 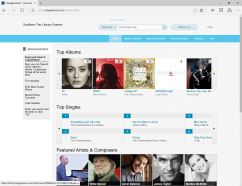 The Freegal Music app can be found in your app store and it looks like this:

The Dave Clark Five: The Dave Clark Five hailed from the North London region of Tottenham and consisted of Dave Clark on drums, Mike Smith on vocals and keyboards, Denny Paxton on saxophone, Lenny Davidson on guitar and Rick Huxley on bass. The band came to the U.S. in early 1964, right on the heals of the Beatles, and had their first U.S. hit, Glad All Over in March. Subsequent hits included: Bits And Pieces, Do You Love Me, Can’t You See That She’s Mine, I Like It Like That, Catch Us If You Can and You Got What It Takes.

The Freegal Music catalog doesn’t feature any full-length album by The Dave Clark Five; however, I did find two songs by the group that you can stream through Freegal and they are:

One of their biggest U.S. hits, Glad All Over 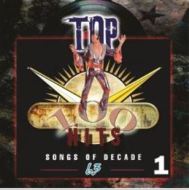 And the fun instrumental Chaquita 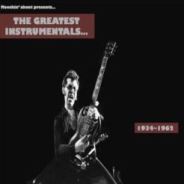 From the various artist LP The Greatest Instrumentals 1934~1962:
https://goo.gl/ttRSuh

The Hollies: The Hollies formed in Manchester, England in 1963. The band consisted of Allan Clarke on vocals, Graham Nash on vocals and guitar, Terry Hicks on guitar and vocals, Bobby Elliott on drums and Eric Haydock on bass. Haydock was replaced by Bernie Calvert in 1966.

The Hollies U.S. hits of the sixties included Look Through Any Window, Bus Stop, Stop Stop Stop, On A Carousel, Pay You Back With Interest, Carrie-Anne and Jennifer Eccles.

Late in 1968, Nash left the band to form the seminal trio, Crosby, Stills & Nash, with David Crosby and Steven Stills.

Clarke, Hicks and Elliott continued playing with the band into the seventies; and the group had three more top ten hits: He Ain’t Heavy, He’s My Brother, Long Cool Woman (In A Black Dress) and The Air That I Breath. 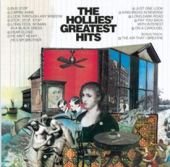 This album contains all the band’s U.S. hits of the sixties hits except Jennifer Eccles. And as a bonus it contains their three big seventies hits: https://goo.gl/3UtfvB

Evolution: Evolution was released in 1967 and features a cool blend of vocal harmonies, classic rock and psychedelic influences with some nice sounding acoustic guitar playing woven in for good measure. Songs on the album include Jennifer Eccles, Carrie-Anne, When Your Lights Turned On and the nostalgic Ye Olde Toffee Shop. 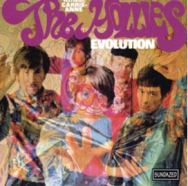 The Zombies: The Zombies were from Hertfordshire, England and consisted of Colin Blunstone on vocals, Rod Argent on keyboards, Paul Atkinson on guitar, Hugh Grundy on drums and Chris White on bass. The group produced excellent, smooth flowing pop music rich with harmonies and organ playing. The group put out four great albums in the sixties: The Zombies, Begin Here, I Love You and Odessey and Oracle, and had three top ten hits during that era: She’s Not There, Tell Her No and Time Of The Season.

As with The Dave Clark Five, The Freegal Music Catalog does not contain a full-length Zombies albums; however, you can stream several of their hits – found on various artists compilations. 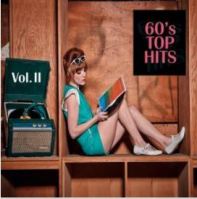 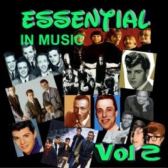 From the various artists collection Essential in Music, Vol. 2
https://goo.gl/z0lsTm

Time of the Season 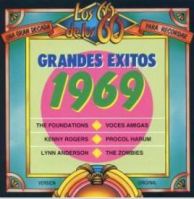 As with music of the Dave Clark Five, for a link to StarCat to request a full-length Zombies album on CD, check out the CD Recommendations Section. 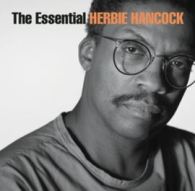 I have to say, and I’m showing my vintage, I didn’t realize Herbie Hancock had been recording music for as many years as he has been. His first album, Takin’ Off, was released in 1962! Not a surprise to Jazz fans but to those listeners of pop and rock who came of age in the mid-eighties as I did – that came as a surprise. I was a young teenager when MTV launched, and I can recall his song Rockit and the stylish/bizarre companion video of the song that was shown on MTV.

And the song Rockit itself doesn’t sound like jazz to me — it has a very modern sound to it, even all those years later. And, in doing research for this posting I learned that Hancock has been very prolific both in recording music and in playing in a great variety of styles over the years including jazz, hip-hop, fusion, modern and dance.

And if you want to know more about Herbie Hancock, here’s a link to his AllMusic biography written by Richard S. Ginell: https://goo.gl/09HJPV

The History of the Dave Clark Five: 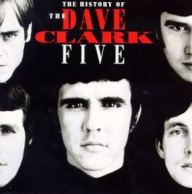 This fifty song double CD features the band’s greatest songs icluding: Glad All Over, Bits And Pieces, Do You Love Me, Because, Having A Wild Weekend and Catch Us If You Can.
https://goo.gl/8wO2Wk 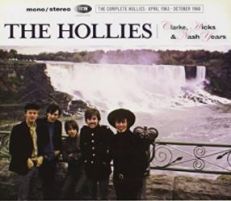 This six disc collection features all the songs The Hollies recorded between the spring of 1963 and the autumn of 1968. The music was recorded during the height of the band’s popularity and contains great songs written by Clarke, Hicks & Nash. In fact, all the singles released by the band from October of 1966 until Graham Nash left the group at the end of 1968 were co-written by Clarke, Hicks & Nash. The group produced great harmony-rich pop-rock and if you’re not familiar with their music you really should check it out.

The 158 songs on this collection include: Time For Love, Too Much Monkey Business, Honey And Wine, Look Through Any Window (both English and French versions), Hard, Hard Year, On A Carousel, Have You Ever Loved Somebody and much more.
https://goo.gl/0MuAj4 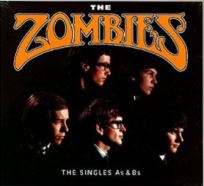 This 28 song collection features the A and B sides of all 14 Zombies singles including: She’s Not There, Tell Her No, Beechwood Park, I’ll Call You Mine and Time of the Season.
https://goo.gl/a6Ib9h

IV: Videos Of This Weeks’ Artists/Groups:

Catch Us If You Can:

Time Of The Season:

Our suggested music read this week is the autobiography of Cream drummer Ginger Baker! And here’s the info on the book:

Ginger Baker: Hellraiser: The Autobiography of the World’s Greatest Drummer

The music, the marriages, the polo, the drugs, the trans-Saharan trucking scheme—the drummer best-known for his work in Cream and his contributions to World Music tells his whole fascinating story.

Peter “Ginger” Baker is a legend. A pioneering drummer who has transcended genres, he did much to popularize world music with his fierce passion for the rhythms of Africa. He is that rare thing, a critically-acclaimed musician who has enjoyed global success with not one but several supergroups to his name, including Cream and Blind Faith. Here, Ginger tells his story for the first time and without any self-censorship. It’s an often harrowing, but honest journey from his humble beginnings in war-torn south London to his adopted home in South Africa’s beautiful Western Cape—complete with polo club. He tells of his life-long love of jazz, how he discovered the drums and African music, and life on the road. He also confesses to the heroin use that should have killed him in his colorful 1960s prime, working and playing with the biggest names of the time. In the 1970s, he came up with a trans-Saharan trucking scheme, was a successful rally driver, built an ill-fated recording studio, and discovered a consuming passion for playing polo. He talks candidly of the loss and recovery of his fortune, his three marriages, Cream’s 1993 induction into the rock’n’roll hall of fame, their subsequent successful reunion in 2005, and his hopes for the future. — From the publisher.

Here’s a link to request the biography: